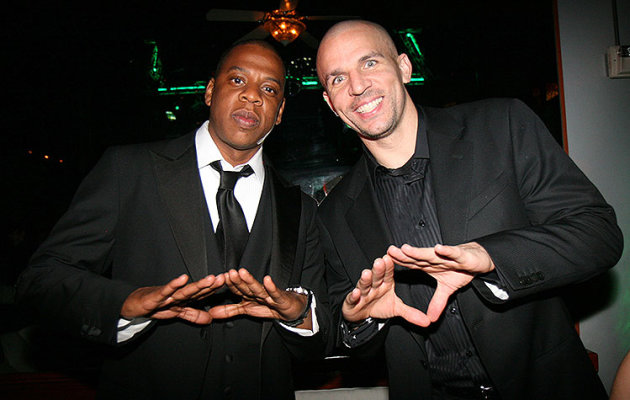 Jay-Z is getting set to become a sports agent which means he has to sell his miniscule share in the Brooklyn Nets. Agents cannot be owners because of the whole conflict of interest thing in the collective bargaining agreement. Jay-Z was more of a face and publicity figure than an owner anyway.

That 0.067 percent of the Nets though is critical. It could tip the balance of power if nobody shows up to the annual Nets shareholders meeting (do those exist?). It has to be accounted for somewhere.

In steps another awkward ownership relationship.

The New York Post reports Jay-Z is selling his shares in the Nets to the new head coach, Jason Kidd. Congratulations Jason Kidd, you are not only middle management, but now a miniscule share owner.

That gives new meaning to being in the coach's doghouse. Or at least 1/15 of a percent meaning.

Jay-Z's ownership stake was always largely ceremonial. Jay-Z's presence was all about building a brand for the Nets for their move to Brooklyn and giving him the appearance of ownership — and letting him have a hand in redesigning the team's logo and jerseys — added a lot of "street cred" (I am so white) to the Nets.

It worked. The Brooklyn Nets have become a popular team nationwide and already generate more buzz than any New Jersey Nets team did before.

Jason Kidd would largely be a ceremonial owner too. Maybe that is unfair, but Kidd could very easily be the second best player in the Nets' franchise history (Julius Erving is the best, no questions there). And so Kidd now holds the chair of setting the cultural tone for the Nets both on and off the court.