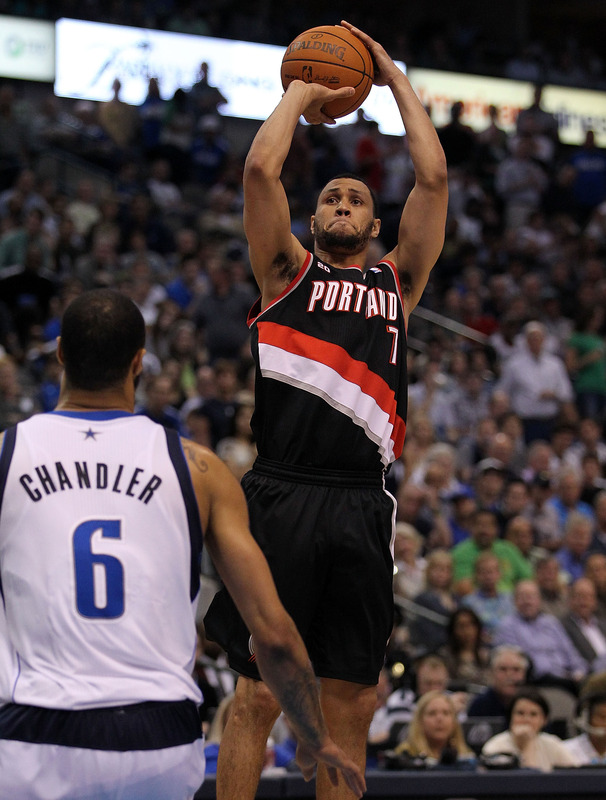 The Portland Trail Blazers are an absolute mess of a franchise right now.  After going through two GM’s in less than a year, they’re now trying to figure out what to do with their former franchise player, Brandon Roy.

Knee injuries have turned the former All-Star into a decent player who can occasionally drop a pretty big game on someone (like he did in Game Four against the Mavs).  Those knees aren’t going to get any better, which means the prospects for Roy to get back to what he was aren’t very good.

And that all puts Portland in a bit of a bind. They’ve got about $49 million tied up over the next three years in a guy who is now not worth that kind of money anymore.  So what do you do?  Apparently, one of the options is pushing him to retire.

A source familiar with the situation said Thursday that Portland figures it must deal with Roy’s future if it’s truly going to rejoin the league’s contenders. Retirement for Roy is among the options they’re considering.

The Blazers know they hold the distinction of being the only team in the Western Conference that hasn’t won a first-round playoff series in the past 10 years. So they’re eager and acting with urgency.

There are only three viable options when it comes to Roy’s future: A) figure out where he fits and play him; B) set him free with the Amnesty Clause; or C) lure him into retirement.

The way the Blazers do business, nothing would surprise me.  The Blazers could try to bring a doctor in and “Darius Miles” him… put him out to pasture in a medical retirement.  But Roy can point to this past series as proof that he can still play.  And there’s no way in hell he just says “oh yeah.. keep your money guys… I don’t want $50 million.”

Teams know that when you give a player a lot of money, something can happen that will make that contract an albatross.  Injuries happen.  That’s why most contracts are insured.  Roy’s, however, is not.  So there’s no relief in sight for the team if Roy can’t be effective enough to justify the money.

The Blazers either need to see if Roy’s offseason treatments help him get healthier and make him a consistently good, albeit overpaid, player… or they need to bite a huge bullet and figure out a buyout number that Roy will take.  Pushing him to quit is a bad idea.  Players are watching how Portland does business.  They look at how the franchise is being run.  And even though Portland is a basketball-mad town that will pack the Rose Garden and create an amazing atmosphere for players, the franchise’s approach to players and personnel make them unattractive to free agents.  Portland’s got to wise up here and play ball with Roy, or else they risk making the franchise look even worse.