We have seen it many times before. Men in various states of sobriety, fists wrapped around pints of cheap beer, arguing with the passion of Jefferson Smith over hypothetical matchups between past and present. It can be a fun exercise of historical recollection, but it is also an impossible, intractable debate that can only be […] 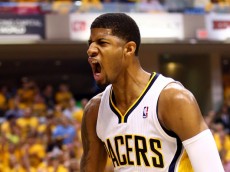 A couple of months ago, Paul George caused hypertension to rise dramatically in Indiana when he admitted that there was some allure to suiting up for this home town Los Angeles Lakers. But he has always maintained that he loves Indiana, and was trying to work out a deal to stay for the long-haul. According […] 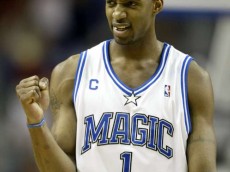 Just announced on our show –

Facing the Bucks presents teams with one hell of a challenge.  How do you get to the rim when Larry Sanders is in the game? Sanders can be a game-changer on the defensive end. That is why people were talking about him for Defensive Player of the Year. And he is only just getting started, […] 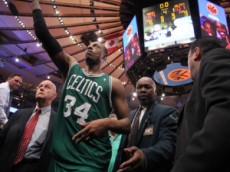 I'm important like the Pope, I'm a Muslim on pork I'm Makaveli's offspring, I'm the king of New York -Kendrick Lamar on “Control” Kendrick Lamar shook up the rap world with a single verse on Big Sean’s song “Control.”  Aside from calling out a bunch of today’s rappers, Kendrick, a Compton, Calif. native, really touched […] 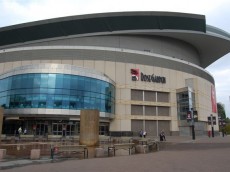 Portland is mad about their Blazers. Every day since 1995, they piled into a newly-built Rose Garden to cheer their team on.   Today, one of the unique arena names in the NBA is no more, as the Rose Garden has been re-named the Moda Center. "The Rose Garden put us on the map, the […] 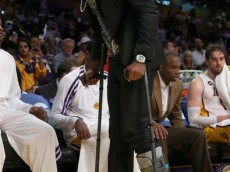 Kobe Bryant is doing great.  Really great, in fact, for a guy who blew out his Achilles tendon. The injury that has kept most guys out for at least nine months (and ruined more than a few careers), seems to be going a little differently for Bryant. “The surgical procedure was different […] and because […] 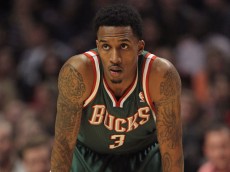 It's been a busy summer for Joe Dumars in Detroit.  He has re-shaped the Pistons franchise without giving up either of his up-and-coming big men in Andre Drummond or Greg Monroe, or the expiring contracts of Charlie Villanueva and Rodney Stuckey. When he couldn't pry Rajon Rondo from the Celtics, Dumars moved to Milwaukee, where […]

This hasn't been the best summer for the New York Knicks.  Their new cross-town rivals, the Brooklyn Nets, made a huge splash with the acquisitions of Paul Pierce, Kevin Garnett, and Andrei Kirilenko while Knicks brought in Andrea Bargnani.  James Dolan was again made to look like a vindictive fool with the revelation that he […] 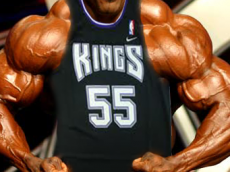 When you hear about HGH in sports, you might think of super-jacked baseball players with heads that have grown three sizes since their rookie years, blasting 450-foot home runs every other at-bat.  But HGH permeates the sports world. Athletes in many sports have been busted trying to cheat with HGH. And when you compare the […] 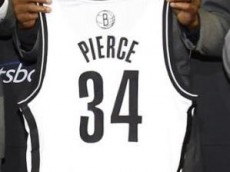 For a decade and a half, Paul Pierce has pulled a Boston Celtics jersey over his head, stepped out on the floor, and did everything he could to help carry the team to a win. That was his job.   Fifteen years and nearly 27,000 combined regular season and playoff points later Pierce now finds […]

Great teams often have great owners, and that does not always mean owners who are willing to spend money. It also means owners who have cool heads and who do not interfere with team business over silly things. You know, owners like James Dolan in New York. The Knicks have been varying degrees of "messy" […] 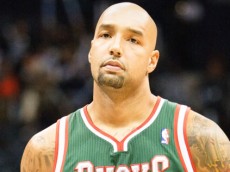 As midnight passed, so did the deadline for NBA teams to waive players via the amnesty clause.  Two teams, the Miami Heat and the Milwaukee Bucks snuck in a couple of cuts before the deadline:  Mike Miller and Drew Gooden.  Said the Heat of Miller: "After many discussions internally and a sincere effort to explore […] 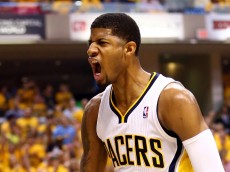 At just less than $3.3 million for this upcoming season, Paul George might be the NBA's most underpaid player (Kyrie Irving's $5.6 million ain't to shabby either). That, however, will change next season, when the 23 year-old becomes a restricted free agent. George has taken a very natural progression in his career so far. He […]

If you are a Bulls fan, feel free to play this in the background as you read this.  Derrick Rose says he is healthy, and ready to come back. As in, to play actual basketball.  "I should be able to play in the first game of season," Rose said. "I know I'm anxious right now to […]