This year’s NBA Draft hasn’t gotten a lot of love from experts and analysts.  Wherever you look, this class is being referred to as weak from top to bottom and lacking in players that can truly make a difference in the Association.  That may be true, but there are still many players in every draft that are overlooked, undervalued, and forgotten.  Gilbert Arenas, Michael Redd, and Carlos Boozer were all 2nd Round picks.  Nobody knew who Tony Parker or Manu Ginobili were when the Spurs selected them late in the draft.  Mavericks spark plug JJ Barea wasn’t even drafted by the league.  There are championship caliber players out there in this year’s draft, you just have to find the hidden gems. 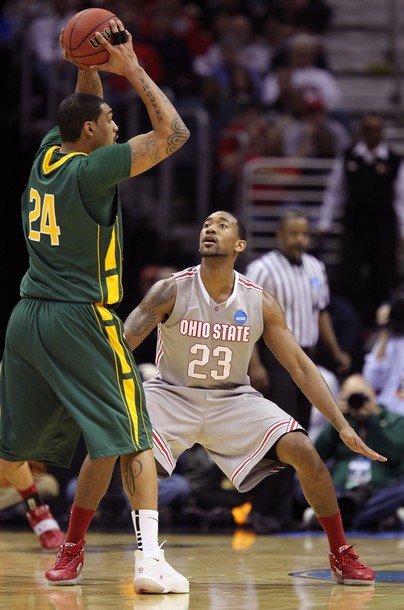 Lighty (and fellow senior guard Jon Diebler) were the heartbeat of the Ohio State team that was #1 in the country for much of the season.  Lighty ranks as a better pro prospect because he can do one thing very well – defend.  As we’ve seen in the past, that one skill can translate into some long careers.  Furthermore, Lighty developed a three-point shot (see his exhibition against George Mason in this year’s tournament) and can even take the ball to the tin.  Lighty has experience being a #3/4 option on a winning team, so ego isn’t an issue.  Lighty is the ultimate sleeper pick – someone that as a late 2nd round pick, or even an undrafted player, can contribute minutes on a playoff or championship team.

The Illini guard never did quite lead his team to the success that his great talent would warrant, but he could be a steal in the second half of the draft.  McCamey has great passing ability and size to see over the defense.  He can continually set up teammates in great positions and has the outside shot to make defenses honor his shooting ability.  McCamey could contribute immediately to a team needing a PG to come off the bench and make plays.

Hamilton has emerged as a mid 1st Round pick with his Longhorn teammate Tristan Thompson.  Hamilton is one of those players that does a lot of things well.  He shoots a high percentage, has three-point range, and rebounds very well from the wing.  Hamilton managed to average 18.6 PPG and 7.7 RPG on one of the nation’s best teams last year.  There are a couple knocks against Hamilton’s game, and Rick Barnes doesn’t exactly have the best reputation for developing elite pro players (outside that Durant guy) but nothing that should outweigh his overall basketball skill.  Coming out as a sophomore, there is plenty of upside left in his game.

How could you not be impressed with the way Jamie Skeen carried VCU to the Final Four?  The ex-Wake Forest player showed an all-around game that few big men possess.  He was able to keep pace in VCU’s frantic uptempo style, took smaller players down low with his ability in the post, and also stretched defenses with the three.  Most encouraging was the way Skeen played against Kansas and Butler late in the tourney – 26 points against the Morris twins and 27 against Matt Howard.  He may not get drafted, but that shouldn’t discourage teams from taking a chance.

You knew there had to be one international player in our list and Bogdanovic is that man.  Unlike many Euros that are drafted on potential than substance, Bogey (I think he’ll be ok with that nickname) is actually one of the leading scorers in the EuroLeague averaging 18 PPG.  While not touted as a great athlete, Bogey is a great shooter and is developing a more complete, aggressive offensive game.  One thing working against him is some contract issues that may prevent him arriving in the NBA, but he is one of the classic 2nd Round picks that you can wait on for a year or two while his game continues to grow in Europe.

5) Darius Morris, Guard, Michigan
-Michigan’s point guard led the Wolverines’ resurgence in 2011 and brought them oh so close to upsetting Duke in the second round.  Unlike a lot of PG prospects that come out of college, Morris has NBA size at 6’4″.  He also led the Big Ten in assists at 6.7 per game in a league loaded with great point guards.  He might have benefited from one more year in school, but his stock is still going up as a player and a prospect.

4) Shelvin Mack, Guard, Butler
Nobody in their right mind would have expected Butler to complete their feat of 2010 and make it back to the title game, especially without 1st Round pick Gordon Hayward.  However, the Bulldogs clawed their way back to the national stage thanks to the clutch play of Mack.  He won’t blow you away with his physical tools and will likely never be an All-NBA player, but Mack is a guy that won’t shy away from the moment, like other players that are much more talented.  His leadership and toughness are traits not often found in the second round.

Tyler may be the most intriguing prospect in this year’s draft, merely due to the route he took to the NBA.  A highly touted high schooler, Tyler followed the Brandon Jennings model of going overseas for a year instead of doing the one and done college game.  That took the young center to Israel and then Japan where his numbers less than impressed and questions about work ethic reigned supreme.  However, Tyler has physical gifts that other big men simply don’t have.  He has boom or bust written all over him, but is worth the risk in a less than average draft.

Everything went wrong for Josh Selby at Kansas.  In spite of being one of the nation’s top recruits, he was resigned to a bit player in the Jayhawks’ run to the Elite Eight.  It all started badly at KU when Selby was suspended for the first part of the season due to some extra benefits and the blue chipper never settled in.  However, Selby has lottery talent and an explosive game that we never saw in college.  So far in workouts, he’s drawn rave reviews on and off the court.  If Josh Selby gets in the right situation, with a coach that can get the most out of him, he can be an All-Star in the Association and the steal of the 2011 Draft. 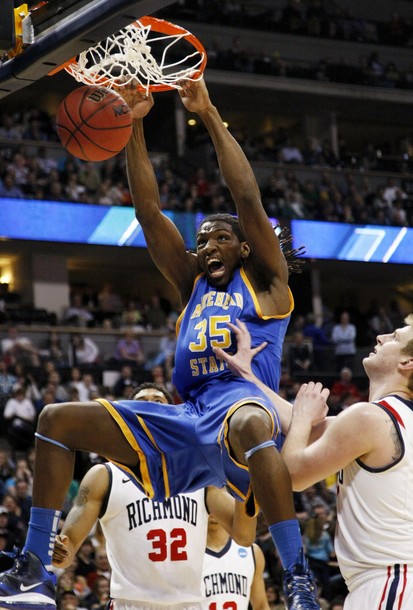 There is no mystery with Kenny Faried, the dreadlocked heart and soul of the Morehead State team that shocked Louisville in this year’s tourney.  Faried does not have an offensive game that translates to the next level, but he rebounds.  And rebounds.  And rebounds some more.  The names that come to mind for a possible NBA combination are Dennis Rodman and Ben Wallace.  Pretty good company, if you ask me.  His last three years at Morehead, Faried averaged 13.0 RPG or greater, including 14.5 RPG that led the nation last year.  The stereotype of the undersized power forward not being able to play in the NBA has been dismissed the last decade with the play of West, Millsap, and others.  Rebounding is largely about effort and in spite of his lack of physical measurables, Faried definitely measures up in that category.  He should be a staple in the league for a very long time.