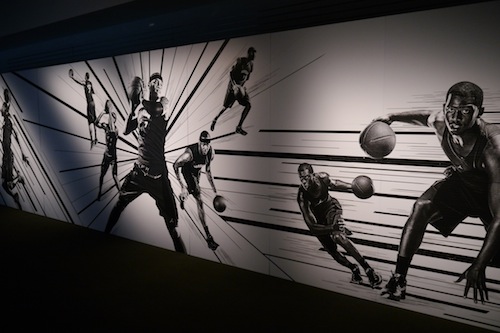 Jordan Brand held a stunning presentation inside Nike HQ in Beaverton, OR last week showcasing their new signature shoes for the holiday season. Plenty of technological advances that were included in the footwear were discussed and highlighted but there’s one particular element that bonds each model of the latest shoes from Jordan athletes Dwyane Wade, Carmelo Anthony and Chris Paul: the narrative. Each one includes personal touches from each superstar that go above and beyond that of simply attaching their name to it and calling it a day.

“The narrative is evolving,” explained Jordan creative director Andre Doxey. “We’re always going to have a narrative that includes both the performance narrative and an athlete narrative.

“We still want to make sure that you’re discovering elements in the product. Not just from a technology standpoint, but how is it connected intimately with the athlete? How are they involved with bringing this to light?”

Chris Paul’s new CP3.V has several such examples, such as the subtle five dots under his logo to commemorate his fifth signature shoe for Jordan. But there are more personal touches you wouldn’t notice at first glance. 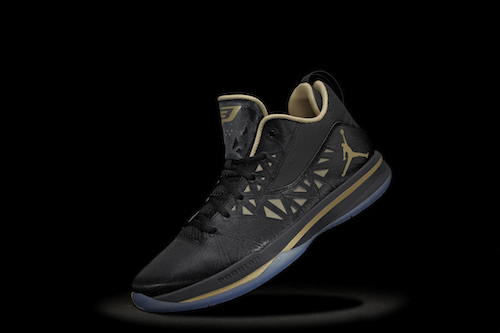 That’s how old Nathaniel Jones was when he was found murdered near his home and it’s exactly how many points CP scored in his very next high school game after hearing the devastating news. The tribute to the man who would always go see his grandson play ball at West Forsyth High School now lives on every time Chris steps on to the court. 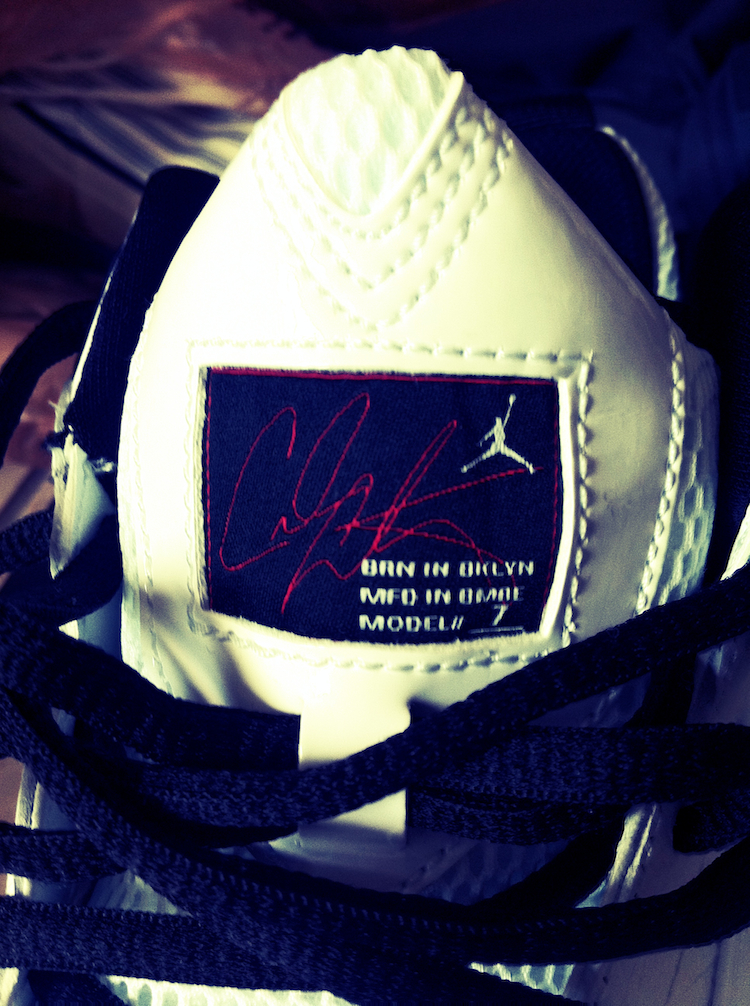 Carmelo Anthony had several needs for his M8s but his model has several elements to honor his roots and his family. The shoe’s tongue has its most prominent touch.

“It says ‘Born In Brooklyn, manufactured in Baltimore, and Model #7.’ It’s got his signature so it’s kind of his sign-off, old-school,” shoe designer Justin Taylor points out.

But the inside of the shoe, right where the heel rests, is where you’ll find plenty of Melo’s narrative.

“When you look on the inside, there’s that shield. So that shield is Melo’s personal story all wrapped up into one spot on the shoe. So it’s got his logo in it, it’s got a ‘K.A’ for his son’s initials, it’s got ‘Lala’ on the other side for his wife.

“It’s broken up into four quadrants. One is representative of Brooklyn, one for his Puerto Rican heritage, one is Baltimore and one is his mother’s initials with four stars for her four children.”

With a brand new logo for the Jordan brand, Dwyane Wade’s new Fly Wade 2 has all the narrative it needs. Building upon the successful first signature model released late last season, the new model prominently features the logo on the tongue and there’s more that meets the eye with this design. 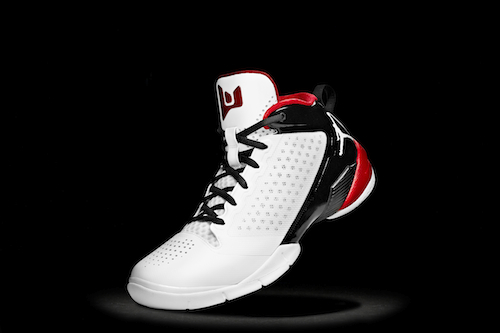 “We thought, ‘You know what, that’s kind of a cool story’. It has some directionality to it. He felt very comfortable moving in this direction which allowed a new personality to come through and it was a lot of fun to work with him on it.”

The first Fly Wade was available from Nike iD and all signs point to the new model getting the same treatment. Should you feel the irresistible urge to customize your own shoe and tell your own story, it’s the only way to go.