Former NBA player Keith Closs opened up recently to talk about how alcohol ended his NBA career. And if 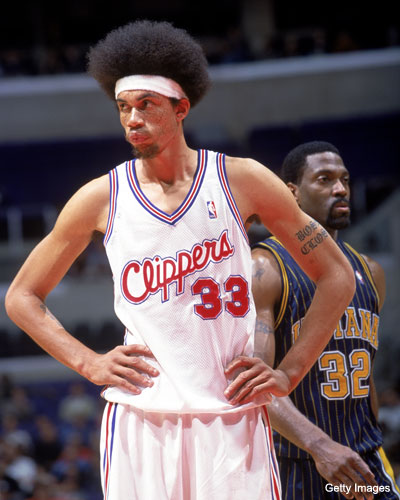 you think his alcoholism began once the money, fame, and notoriety of playing in the NBA came into his life, think again.

“I was a blowing alcoholic in elementary school,” Closs said. “I was that sneaky kid. An adult would put his cup down and I would take a swig. And there were a lot of drinkers in my family.”

This destructive path for Closs just kept on getting worse and worse. There was the infamous video of him getting assaulted as well as a number of incidents where his alcoholism was the root cause.  From being suspended in college for drinking, lying to Lakers’ Jerry West that he was not an alcoholic, and getting hit with DUIs during the 1998-1999 lockout, Closs completely sabotaged himself, his basketball career, and more importantly his life.

Closs’ moment of reckoning came in 2007. He had recently turned 30 and had designs of making a comeback. He came down with pancreatitis, caused by all those years of drinking. He lost 30 pounds and weighed well under 200, scary given his height.

“I thought I had a high pain threshold,” he said. “This thing nearly killed me.”

Now, after years of denial, Closs has been sober for four years, enrolled himself in alcoholic anonymous, and is hoping to play in China or Australia.  But this is a huge lesson for anyone to learn from, not just NBA players.

I am not going to sit here and preach because I do have a drink or two when I am out with friends.  Sometimes its more than a drink or two.  It’s something you cannot do every night. Recognizing when to say when it crucial.  But not everyone has that ability.  Some people need help.  You have got to hand it to Closs for finally doing something about his problem and taking steps to correct this harmful path in life before it was too late.