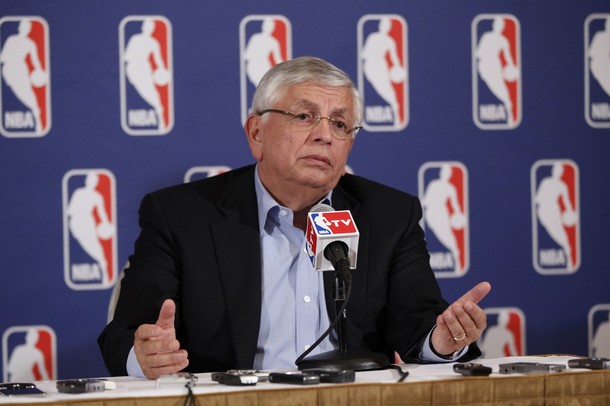 After reports that actual progress was being made during the negotiations to end the NBA lockout last week, fans who were accustomed to hearing pessimistic news the entire offseason were suddenly imagining an agreement to the labor agreement would come soon and actually prevent the upcoming season to start on time like the NFL somehow did. After all, the owners and the players were scheduling meetings at a more frequent pace this week. It was going to be now or never to come to an agreement so surely the two sides, billionaires versus the millionaires, could figure out a way to compromise and capitalize on a hugely successful season that just happened.

Maybe it was Dan Gilbert or Robert Sarver’s fault that the owners couldn’t come together and settle their own differences, or maybe it was the evil mastermind who hacked Roger Mason’s Twitter account was perhaps creating more havoc and miscommunication amongst the players, but it really doesn’t matter because ultimately there was no final agreement this week and subsequently the NBA has announced the cancellation of 43 preseason games and the cautiously optimistic phrasing that training camps for the 2011-12 season will be “postponed indefinitely”.

Training camps were scheduled to begin on October 3. The preseason games affected were to have taken place from October 9 through the 15.

“We have regretfully reached the point on the calendar where we are not able to open training camps on time and need to cancel the first week of preseason games,” said NBA Deputy Commissioner Adam Silver.  “We will make further decisions as warranted.”

Progress is still being made so not all is lost. But it’s getting there. The last lockout affected the 1998-99 season and an agreement wasn’t reached until January 20 and forced the season into a 50 game schedule.

What does the fake Roger Mason think will happen?