The Brooklyn Nets are close to their maiden voyage in the Big Apple and are hoping a change of scenery will mean good fortune heading into the future.

The Nets will be in a new home, and will dawn a new look including new color scheme. Gone are the red, white and blue look and now the black and white color scheme will dominate all of Brooklyn.

And while the Nets won't unveil their new jersey later this week, circulating on the Internet have been photos of what could be the new jerseys (h/t NBC Sports.com). Check it out. 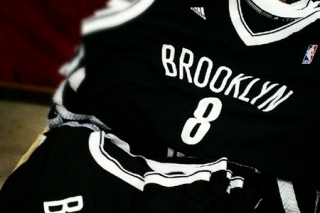 What do you have to say Crossover fans about these reported new jerseys?