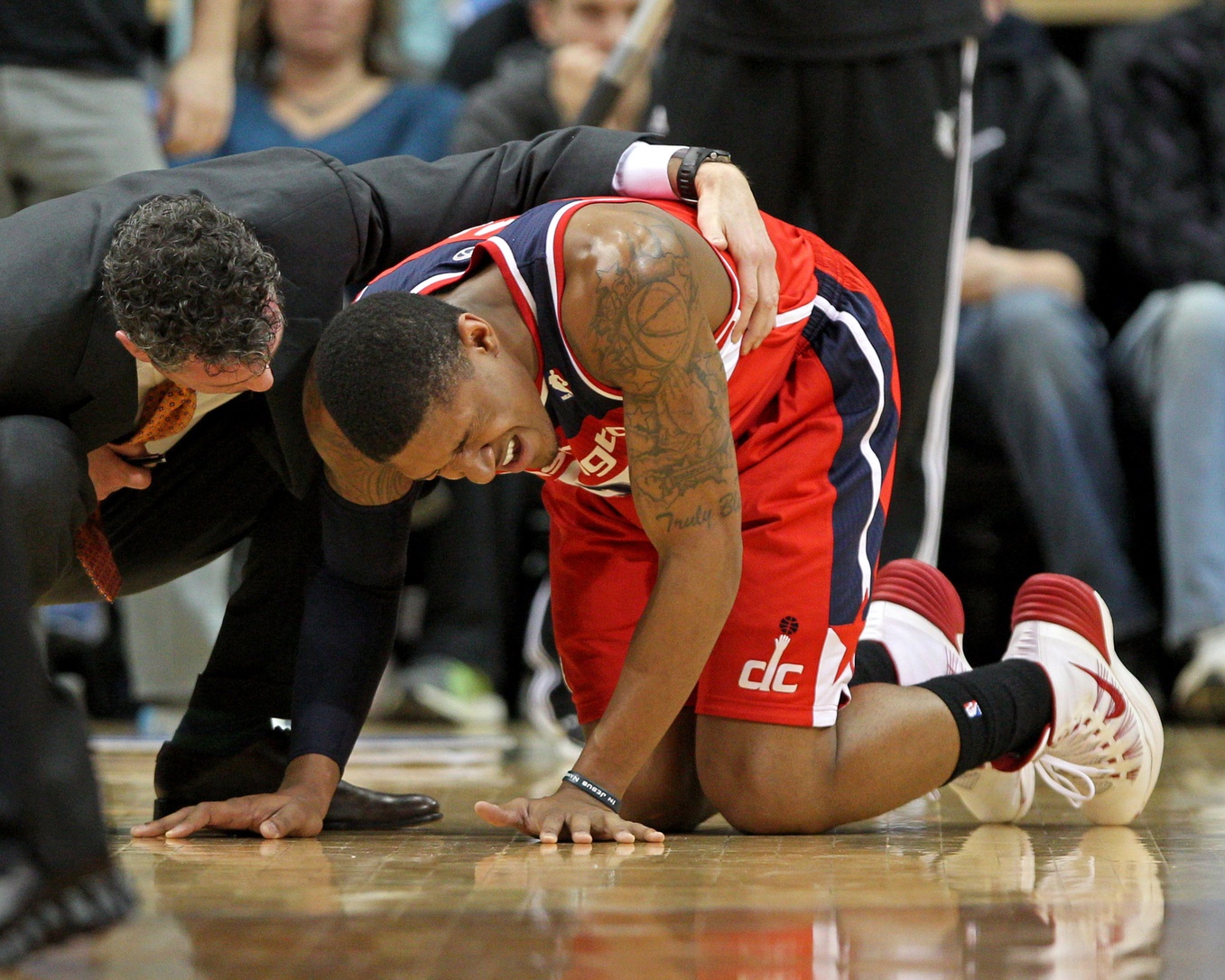 You could easily call December 27 Black Friday with all the horrible news that came down.

None may be so horrible for NBA fans as the rumor going around that amazing halftime entertainer Red Panda is out for the year with her own injury. You know when that happens life really sucks.

Friday seemed especially hard with the news Russell Westbrook would undergo a third surgical procedure on his right knee after he tore his meniscus in that knee during last year's Playoffs. Then came the harrowing news that Al Horford would miss up to four months with a torn pectoral muscle. And finally there came Bradley Beal's somewhat gruesome knee injury that had Wizards teammates carrying him off the court in Minnesota.

It was a very bad day for the NBA.

Add on top of that the previous injuries to Derrick Rose, Kobe Bryant and Rajon Rondo and you have the NBA down several stars. Add on top of that Danny Granger's long-awaited return, Dwyane Wade's troublesome knee that has had him out some back to backs and, now, LeBron James out for Saturday's tilt in Portland with a sprained ankle and a groin injury.

That is just a long list of prominent players nursing injuries.

That is not completely unrealistic, of course. Injuries happen and they happen no more so now than they have in past years. When they all happen in one day to veritable All Stars, it just gets more frustrating for fans hoping to see their favorite players.

So on to Friday's dastardly injuries.

First comes Westbrook who had surgery on his left knee for the third time in less than a year, the Thunder announced. Westbrook had just recorded a triple double in the Christmas Day win over the Knicks and was averaging 21.3 points and 7.0 assists per game. The Thunder wont heir first game without Westbrook thanks to Kevin Durant's heroics in the fourth quarter.

The Thunder certainly should take a bit of a psychological hit with Westbrook going out again. But, as always, the good teams find a way to adjust and continue winning.

For the Hawks and Al Horford, the news seems to put a break on what was a surprising and successful season so far.

Horford suffered a complete tear of his right pectoral muscle, the second time he has torn his pectoral muscle in his career after doing so in 2012 during the lockout-shortened year.

That is just a tough blow too. Horford was on pace for his third All-Star appearance, helping the Hawks to the third seed in the Eastern Conference and averaging 18.6 points and 8.4 rebounds per game. Horford was as good as he has ever been for Atlanta even with Josh Smith moving on to Detroit. Atlanta just keeps winning.

Horford left during Atlanta's double overtime win over Cleveland. The Hawks came back and won their first game without Horford in overtime over the Bobcats. They may not be worse for the wear so far.

Finally Bradley Beal continued his awful luck with injuries bruising his knee against the Timberwolves. Beal banged knees with a Minnesota player while running off a screen. He needed assistance off the court and everyone feared the worst. Beal played Saturday night against the Pistons so he did not miss any time, obviously.

Beal is getting into All-Star conversations with 19.2 points per game and 45.9 percent shooting from beyond the arc in 17 games this season.

Hopefully this is the last we think of major injuries this season.