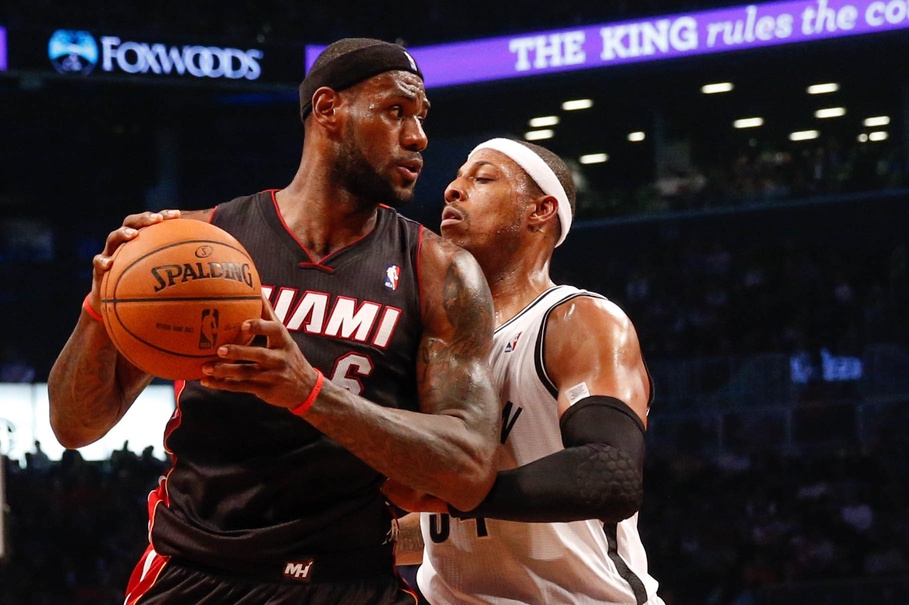 LeBron James has had a nasty rivalry with Kevin Garnett and Paul Pierce (along with their Celtics) throughout his career.

Epic playoff series after epic playoff series have defined James' ascent to NBA Champion. For LeBron James to get his champion, he needed to go through Garnett and Pierce. When he finally did that in 2011, it was a moment of pure joy and jubilance. James accomplished something he had never done before and got over the proverbial hump.

Kevin Garnett and Paul Pierce still appear to stand in James' way. And the rivalry continues. Particularly with Ray Allen getting set for his second year with the Heat and all the animosity between Allen's former teammates and Allen.

That's the nature of our business, man. I don't know what Boston was going through at the end of the day. I know Ray had to make the best decision for him and his family and his career. Doc, KG and Paul did that as well. You can't criticize someone who does something that's best for their family.

James certainly has a point. Then again, the Celtics as an organization were clearly moving on and getting set for something of a rebuild. They did not want to be stuck with the aging Garnett and Pierce along with their salaries. Boston made the decision to trade them. Ray Allen left in free agency — it was his choice to leave.

There is clearly no love lost between the two groups of players. James would likely prefer to let their playing do the talking. James does have two straight championship rings on his fingers right now.

That will not stop Pierce and Garnett from fighting back. Even in the preseason, as they showed in Thursday's game:

We will see how James and the Heat handle this moving forward. It is going to be a fight each time these teams face.