Who is the newest member of the Ohio State Buckeyes?

Coach Thad Motta is pretty well known for being able to bring in the very best recruits to Columbus and building a national championship program. But this move might be bending the rules a little bit. That is, if this player was actually playing. 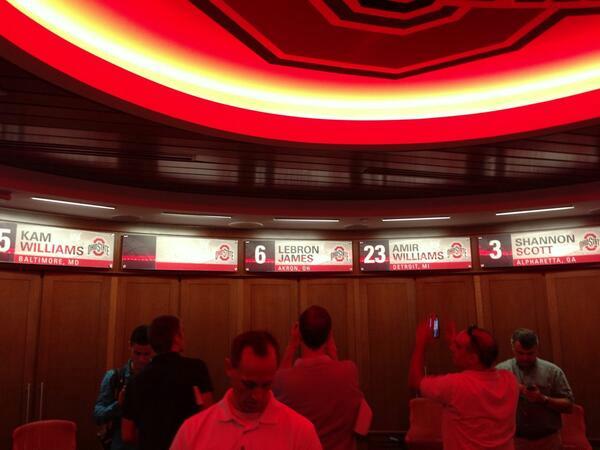 No, your eyes do not deceive you, LeBron James does have a locker inside Ohio State's new basketball locker room. No, James is not taking his talents back to Ohio and onto campus. I am pretty sure he has signed too many autographs to play college basketball.

Rather, Jeffery Eisenberg of The Dagger reports the locker is a stand in so Ohio State can show potential recruits all the great LeBron James-branded gear they get to wear. Ohio State is one of three schools that Nike's LeBron James brand outfits. It was the first one actually with Kentucky and Miami (Fla.) joining the club after James moved to the Heat.

James has always been an Ohio State fan and many believe that James would have attended Ohio State if he were not a freakish man child who could take the NBA by storm from the moment he came out of the womb. Or entered the NBA Draft after high school.

I guess a little piece of him is still in Ohio. Hold on to that for a while Cleveland fans.