In the process, the Nets showed their complete and utter dysfunction in two hilarious scenarios.

First, Jason Kidd apparently asked Tyshawn Taylor to hit him in some sort of chest bump celebration entering a timeout. Only, Kidd was holding a drink and it did not end well . . .

I hope that was not an expensive suit. And I hope that was iced tea. The way the Nets season has gone, I would not blame Kidd if it were some other beverage. Not accusing him of anything, of course.

Only accusing him of the disaster that is the Nets season.

Things were even worse earlier in the game when the Lakers thought it would be funny to invade the Nets huddle. Nobody seemed to notice: 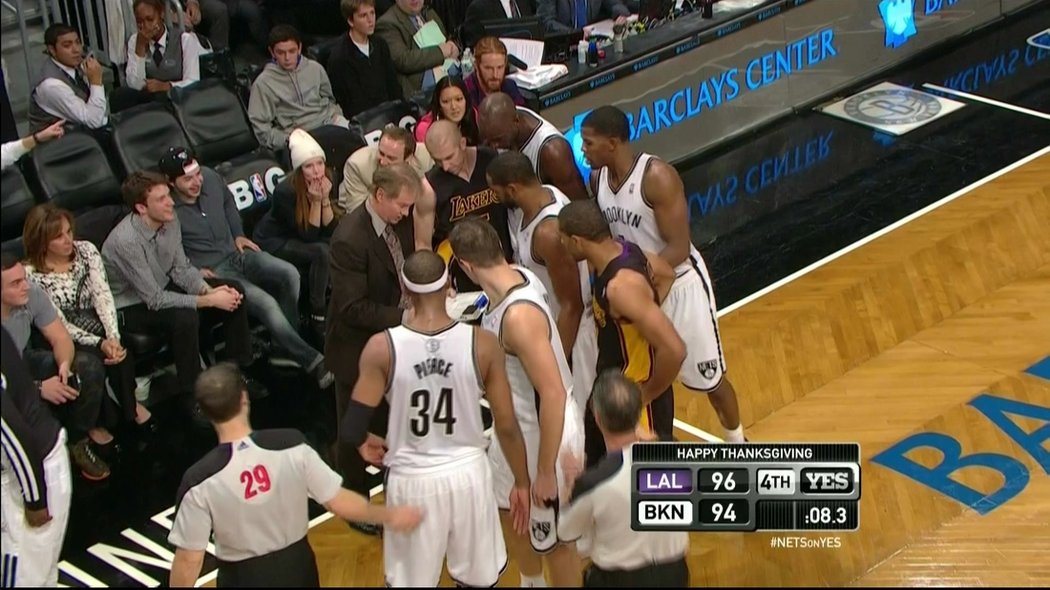 Ruh-roh. That is a pretty important point in the game. You do not want the Lakers invading your huddle and getting a clue into your play. Even if those Lakers jerseys look kind of like the Nets road uniforms.

And remember, Paul Pierce and Kevin Garnett were part of the Rajon Rondo team that saw Rondo trying to invade the Heat's huddle during a Playoff game. This is not a good look for a struggling team with a coach nobody seems to believe in (at least in the press if not internally).

This has been a major struggle for the Nets and for Kidd. Honestly Jason Kidd just seems thankful to get any win at this point: