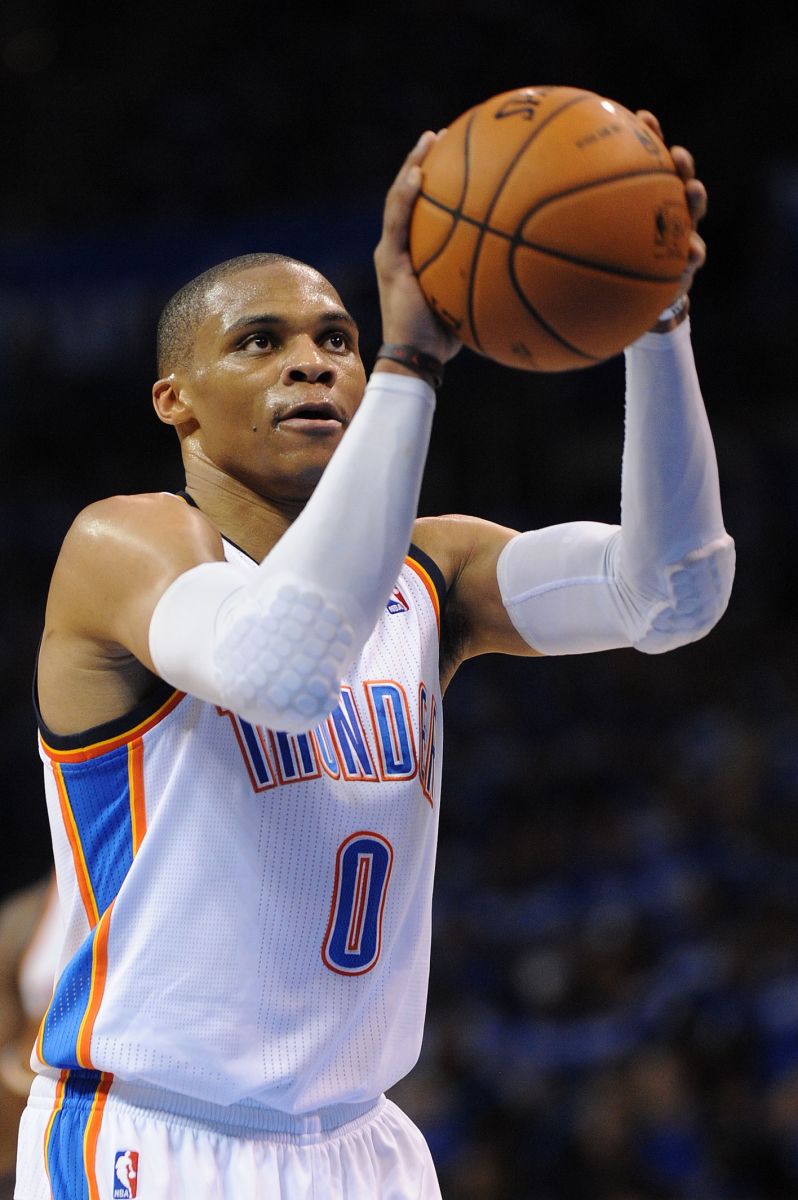 In a surprising turn of events, Russell Westbrook is expected to make his 2014 season debut tonight.

Darnell Mayberry of The Oklahoman reports Westbrook passed all medical and physical benchmarks in his recovery plan and that he, the team, the medical staff and his doctors agreed Westbrook is ready to make his return in Sunday's game against Phoenix.

It might be too soon considering Westbrook tore the lateral meniscus in his knee last April in Game One against the Rockets in last year's first round. It all but derailed the Thunder's hopes of defending their Western Conference championship.

The Thunder's offense needed a massive scoring performance from Kevin Durant in the season opener to get a win but struggled offensively in the team's second game, am atchup with the Timberwolves in which the Thunder scored 81 total points.

Durant had to carry the massive scoring load for the Thunder and it led to more inconsistencies. Oklahoma City should be very happy to have Westbrook back.

By the sounds of it, Westbrook has already been wowing teammates in practices and they feel confident he will be ready to go.