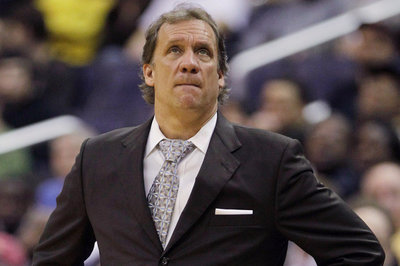 The Minnesota Timberwolves are close to tasting success.

Ricky Rubio is an electric performer who is a wizard witht he ball in his hands and one of the more lethal passers in the game already. Kevin Love is a great rebounder and a developing scorer who seems to add something new to his game every summer. Nikola Pekovic was a find and a burly rebounder to go next to Love so that Love could develop a 3-point shot.

Adding Russian forwards Alexey Shved and Andrei Kirilenko have also been great moves. They have had great individual seasons and seem to fit the kind of up-and-down team David Kahn always envisioned.

Yet, none of it has worked out.

Since Kahn took over in the summer of 2009, the Wolves have only flirted with the Playoffs while dealing with one disaster after the next. There was the whole Rubio saga as he stayed in Spain for two years with Jonny Flynn, taken one pick after Rubio, floundering in his stead (Stephen Curry meanwhile was still on the board).

There was Kevin Love constantly getting injured and unable to keep playing at the high level his team needed just to compete. There were the awful contract offers and bad locker room vibes.

A lot of that has been fixed. But after four seasons at the helm, the patience might be running thin. Particularly with Love's free agency looming in 2015. The Timberwolves have to begin making maneuverings to get into the Playoffs at the very least.

That should have the Timberwolves front office feeling very uncomfortable. And so it comes to the question of whether David Kahn is the right man to build the Wolves.

Sid Hartman of the Minneapolis Star-Tribune reports that the franchise may no longer think that he is. Last week, Hartman reported "[t]here are several indications pointing to the likelihood of former Timberwolves head coach Flip Saunders replacing David Kahn as president of basketball operations for the team before the 2013-14 season."

That would be quite a move with so much riding on the line. Hartman further reports that Rick Adelman nearly resigned when he left the team to be with his ailing wife and that if her situation does not improve, he may still leave the team.

That has to make a player like Love a bit uneasy that there could be so much change at the top so close to his free agency and still not a sniff of the Playoffs. Of course the change could be good, Kahn has not always made the smartest basketball decisions — particularly early on in his tenure when he drafted those point guards back-to-back.

None of it may matter for Minnesota however unless Love is healthy. That has to be the biggest concern for the organization.

And that is probably why Love's return from a broken right hand is taking so long.

Love did not get clearance from his doctor to return to the court and has not yet been cleared to play, Jerry Zgoda of the Minneapolis Star-Tribune reported. Love is likely to miss another 2-3 weeks and could very well be shut down for the season.

That broken right hand, originally broken while he was doing knuckle push ups, has kept Love out for virtually the entire season. He has played in only 18 games this season, averaging 18.3 points and 14.0 rebounds per game. It has been a long, tough season for Love.

Next year then, no matter who the coach and general manager is, will be absolutely key if the Wolves hope to retain Love.