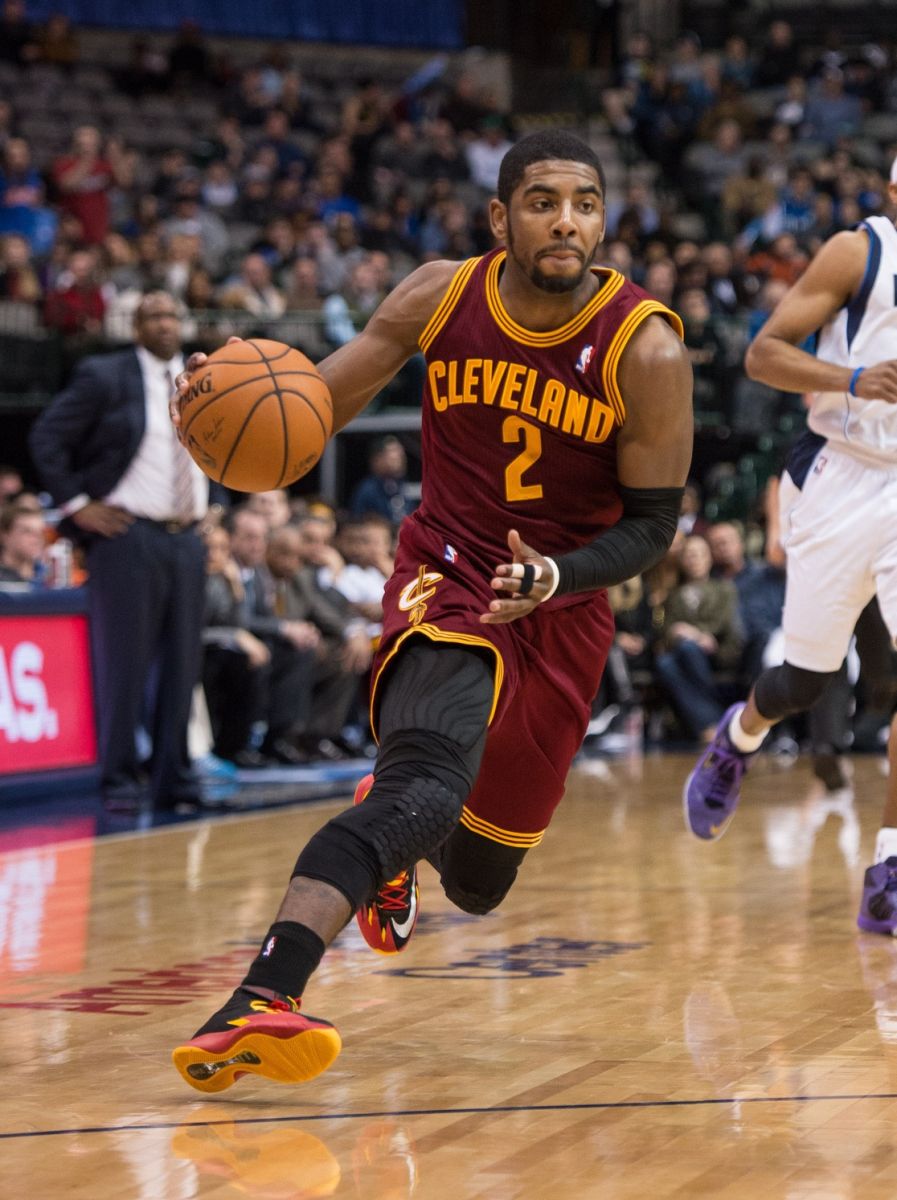 At around this time of the year, we look at the disappointments of the year and wonder where their stars will go.

Carmelo Anthony spent the entire trade season fending off rumors that he would leave the Knicks in free agency this summer or force his way out via a trade. Seeing as the Knicks decided not to deal him, it seems fairly certain Anthony is going to be staying unless something crazy happens. There is just too much money on the table for Anthony to leave and, despite the team's poor championship prospects, it is a good situation for New York.

The Heat's trio is not going anywhere and so the next big free agents are Kevin Love (already rumored to be seeing himself in Lakers purple and gold) and Kyrie Irving.

Love and Timberwolves general manager Flip Saunders have already flatly denied that Love is seeking his way out of Minneapolis. He still has another year before that decision is made.

Kyrie Irving? He has been oddly quiet as he gets set to enter restricted free agency after next season. And the reports are suggesting he wants out. That is what Brian Windhorst of ESPN.com reports:

There are those who even wonder whether Irving is truly worth a maximum-level contract, including some within the Cavs organization. His game has regressed a bit this season, particularly from a leadership standpoint, with his clashes with Dion Waiters making headlines, and it has raised a red flag or two in-house.

And while Irving has said all the right things about staying put in public, it's no secret that Irving's camp has been making it known for years now the point guard would like to be elsewhere long term. No matter how much he denies it.

Certainly, it is different for Irving as the Cavaliers will have the right to match any offer made to Irving. But the Cavs have been at the bottom of the East ever since Irving entered the league. This was supposed to be the year they made the leap.

That has not happened. Not in the least.

The Cavaliers signing of Andrew Bynum backfired and netted them Luol Deng in a trade. Deng does not appear willing to re-sign in Cleveland. Irving and Dion Waiters have had some disagreements and Waiters is hardly a decent sidekick to Irving considering both young guards struggle on the defensive end. And the Cavaliers just fired their general manager.

Does that look like a team with a clear championship direction?

Irving has to be asking himself that question and that is why these rumors seem to keep popping up for the Cavaliers' All-Star MVP.

The reports do not seem to be doing the Cavaliers any favors either. Windhorst also reports some in the Cavs front office are not sure whether Irving is worth a max contract. That is what they will offer him anyway when Irving is eligible for his extension. If he refuses that, the signal will be pretty clear.

What the Cavs do next. That is the bigger question for that organization.