Everyone at Crossover Chronicles is really excited for this upcoming NBA Finals rematch between the Heat and the Spurs. Game One tips off tonight at 9 p.m. ET on ABC. But there are a lot of questions that need answering beforehand and a lot of storylines to watch.

Philip Rossman-Reich: So, before we start breaking down Game One. What is your official prediction for the series?

Jeff Garcia: Spurs in six. With Tony Parker not 100% (bum ankle), the Spurs head into the series with their Big 3 hurting while Miami’s Big 3 are raring to go. However, as seen in this postseason, the Spurs are deep. Very deep. And it is that depth that will propel S.A. to another title. Moreover, they are battle-tested, rested, and have the home court.

The symmetry of both the 2013 and 2014 Finals with Miami and San Antonio participating is too much to ignore, and I think this will lead to another close, competitive, and seven-game set. However, with this year’s Game 7 in San Antonio (if need be)–as opposed to last year’s being in Miami–the Spurs will have that extra edge should the series go that long, and that’s an edge they need over the more-athletic Heat. 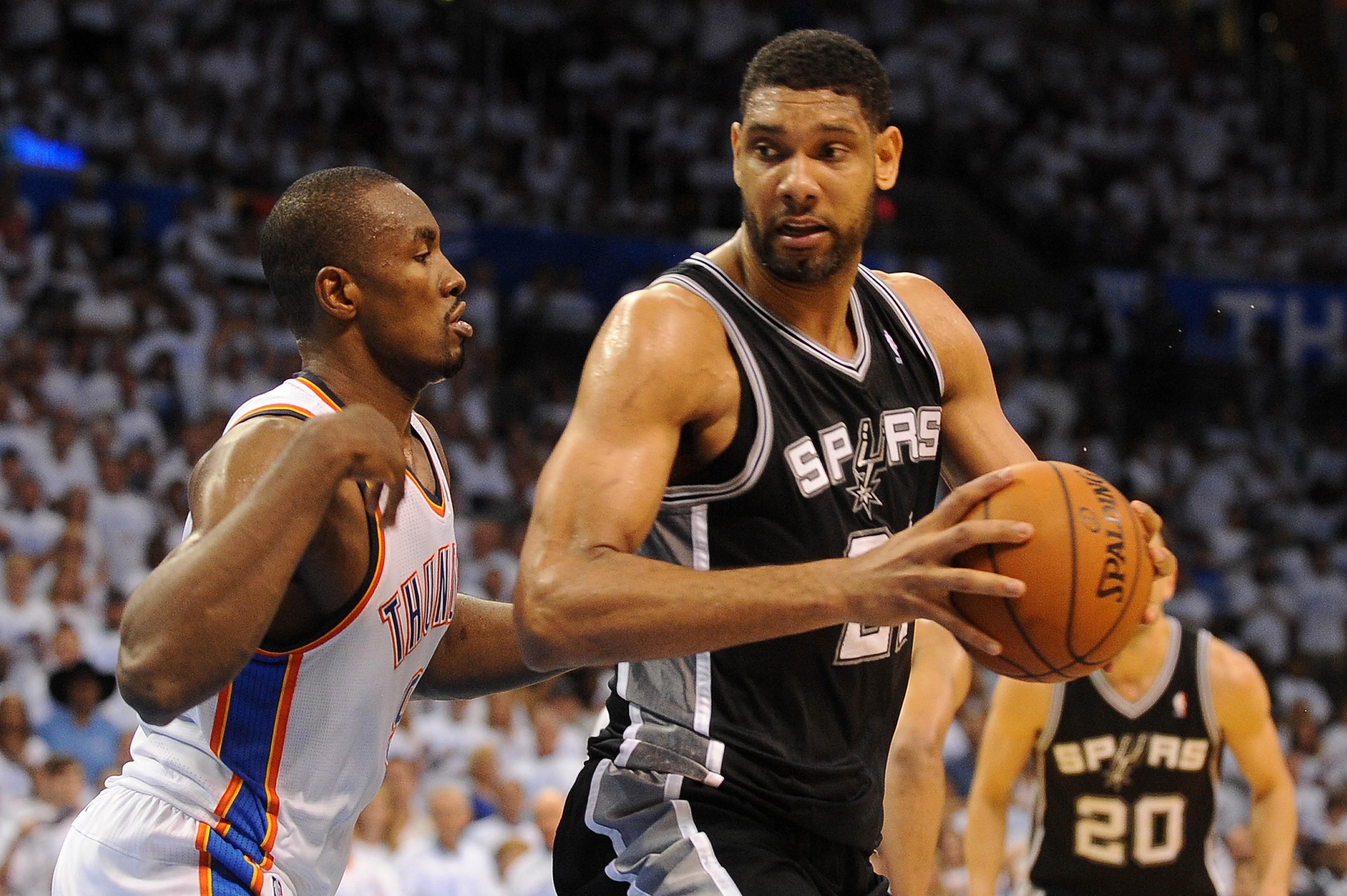 I just don’t see the Spurs, and Gregg Popovich, losing to the same team two years in a row. San Antonio has consistently shown it’s the NBA’s best team at making adjustments, and since the Heat didn’t make a ton of chances since last season, Popovich and his squad will be able to adapt their gameplan accordingly and effectively.

Matt Zemek: The endlessly fascinating and remarkable part of the Miami Heat’s reign – four straight NBA Finals and two straight titles, in pursuit of a Pat Riley three-peat – has nothing to do with LeBron James.

It’s how role players who do little to nothing for long stretches of time are suddenly able to come off the bench late in the postseason and make not just minor, but huge, contributions that tip the balance of power in the Heat’s direction.

Udonis Haslem saved Miami in Game 4 against the Pacers in 2012’s second round. Mike Miller knocked out Oklahoma City in Game 5 of the 2012 Finals. “Birdman, Birdman” was instrumental in beating the Pacers in the 2013 East Finals. Shane Battier hit seven threes in Game 7 versus the Spurs last year.

It has continued this year: Norris Cole won Game 3 of the Chicago series a year ago for Miami, and he — not LeBron or Wade — kept Miami in the hunt this year in Game 2 of the Indiana series by locking down Lance Stephenson in the fourth quarter. Rashard Lewis’s defense in Game 3 against Indiana, followed by his offense in Game 6, helped put away Indiana this time around.

After Game 1 of the Indiana series, it didn’t seem as though the Heat had a single dependable bench player other than Birdman to call upon. Ray Allen was missing shots. Lewis hadn’t yet made his mark, and the same applied to Cole. Haslem remains ineffective even now. James Jones has been stashed away. Yet, look at the Heat’s bench now. If this is the bench that shows up against San Antonio, expect a seven-game series.

However, the thought I can’t shake is that Indiana was awful after Game 1. San Antonio is no Indiana. The Heat are going to face such a difference in quality between the conference finals and the NBA Finals this year, whereas last year, Indiana really toughened up the Heat and prepared them for the Spurs. This year, Indiana doesn’t serve as good preparation for anyone. That’s going to catch up with Miami.

Spurs in 5, and that’s only because of concerns about Tony Parker’s health. 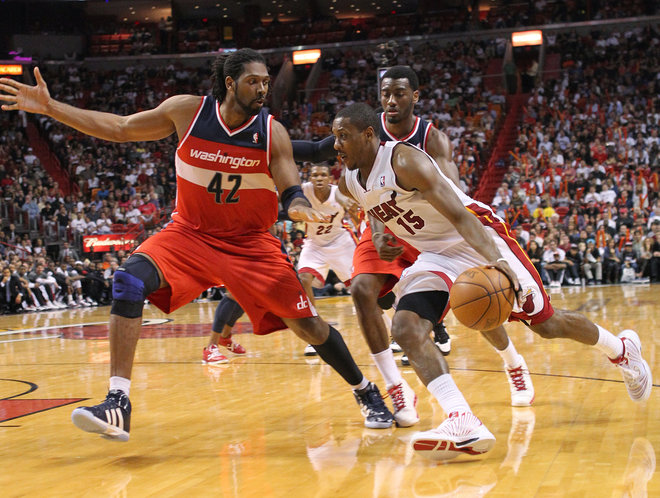 Philip: Man, a “gentlemen’s sweep,” Matt. Did not see that coming.

I too share the concerns about the Heat’s bench. This, to me, is the weakest of the Heat’s now four Finals teams in this run. They have much less balance and put a lot more on LeBron James. Dwyane Wade appears to be getting stronger as the Playoffs have gone on and LeBron James is LeBron James. Miami is not going to roll over and die. This will be a fight. Especially since the Spurs kind of pick you to death.

I suspect this series will play out much like last year’s series. It will depend on which team is making its 3-pointers and executing the best on offense. Miami is going to have to continue to increase its defensive intensity and pressure to win this game. They have to make the Spurs make some mistakes, which is not easy. San Antonio’s size and ability to clog the paint should make things a little more difficult.

If James has to carry the Heat, they will lose. He will have to at some point as Miami struggles to figure out San Antonio.

The Spurs though have not quite pulled away yet though. They are going to play well in this series as they have several matchup advantages — none the least of which is Tony Parker and a revitalized Manu Ginobili coming off the bench. San Antonio proved they could hang with a great Heat team last year. This year they punch through. Spurs in 6.

So let’s start answering questions about Thursday’s Game One now. What is the matchup you are most looking forward to seeing in Game One? What will the Spurs start off doing against LeBron James?

Josh Burton: I’m interested to see how the Spurs defend LeBron James and how Kawhi Leonard (who will probably get the assignment) fares in his second straight Finals guarding the NBA’s most dynamic player. Leonard was hugely important in the Western Conference Finals for San Antonio against the Thunder and is all over the floor on defense, blocking shots and stealing passes when necessary as well. He is a huge pest and will try to make every possession as uncomfortable for LeBron as possible. 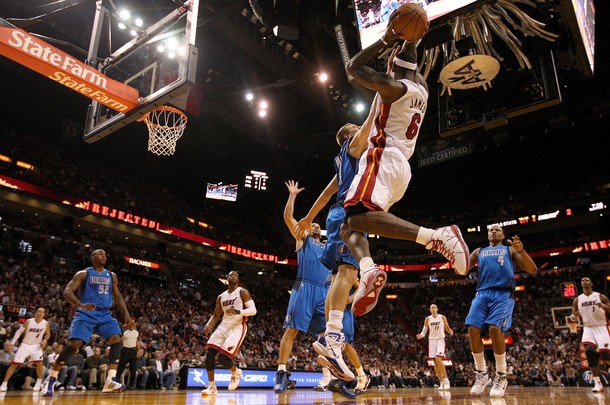 That strategy might work, but if it doesn’t, the Spurs could elect to double LeBron and take their chances that the Heat’s supporting cast isn’t able to shoulder the offensive burden. Chris Bosh’s postseason has been iffy at best, and outside of Dwyane Wade and Ray Allen, no other Heat player other than LeBron has been able to consistently score when given the opportunity.

Matt Zemek: How will the Spurs defend LeBron? What would seem to make the most sense is to start with Leonard in Game 1, to get him into the flow of the series right away. Then, as the series continues, Popovich can make offense-defense adjustments and see if both Leonard and Boris Diaw will be better served by either guarding or not guarding LeBron. Depending on whether Pop needs more energy from one player or more scoring from another, he can adjust the assignments as needed.

Ultimately, the Spurs’ aim should be to let LeBron have his… but when one says that, “his” means “his POINTS, not his ASSISTS.”

LeBron passing to wide-open wing or corner shooters for threes is a core part of the Miami attack. Expressing at least some trust in Tiago Splitter to protect the rim when he’s on the floor, and giving that same trust to Duncan and Diaw as paint obstacles, can give San Antonio a chance to contain penetration. If LeBron is the one taking a lot of foul shots and attempting a lot of threes, all while Miami’s other players don’t get those same opportunities — at least not in copious quantities — the Spurs should feel good about what they’re doing.

Last year, Mario Chalmers had “a game.” Shane Battier had “a game.” Chris Bosh had “a game” in Game 4. If the Spurs can push the Heat’s supporting cast to the periphery and limit LeBron’s assist numbers while conceding 35-40 points to King James, that equation should work out well for them. Wade, for these and other related reasons, really becomes Miami’s most important player in the series.

Philip: I am interested in seeing how pace will play a role in this game. Both teams like to play with a quick pace which should help make this an entertaining series. But half-court pace is just as important. The Spurs offense works best when they are passing and moving quickly. The Heat like to get into passing lanes and muck things up. San Antonio can be controlled if they have to grind more than flow (if that makes any sense).

The Heat are obviously best when they are able to get out on the fast break. Their offense though is a little more methodical. Once the break ends, they are going to get through their sets and slow things down. It is amazing to consider Miami is 27th in the league in pace this year at 91.2 possessions per game. That goes very much against the eye test with players like LeBron James and Dwyane Wade — guys very capable of highlight plays in the open court. When the space closes down and the game becomes a grind, Miami takes its time.

I want to see tonight how the Heat and Spurs aim to control the pace with the Spurs actually trying to speed up the Heat on the offensive end.