It is early December, and so looking at the standings is probably not the healthiest thing for anyone to do. Really, watching Eastern Conference basketball where there are only three teams above .500 and every team is within five games of the final Playoff spot, minus the top two teams the Heat and the Pacers.

The ninth place team in the West entering Tuesday's games would be the third seed in the East Playoffs. It is not pretty.

If you are an Eastern Conference team, the only comfort is that there is still a chance to make the Playoffs provided you can get on a two-game win streak. Or maybe that is not a good thing considering all the sharks circling around this year's Draft.

Eight teams are going to the Playoffs whether they like it or not and no matter their record. The standings say so. Right now most teams are not worrying about it.

"I have not paid attention [to the standings]," Magic coach Jacque Vaughn said before a late November tilt with Philadelphia in Orlando. "The only thing I knew is Atlanta is in third place becasue we played them [previously]. Besides that, I haven't paid attention to it. I do watch a lot of games, but that's not something I pay attention to.

Fans might flock to standings almost immediately at the beginning of the season trying to figure out what needs to be done to get to the postseason. Certainly after particularly tough stretches or during long losing streaks, standings watches are an easy place to gain a sense of optimism or a sense of doom.

For the players though? The season is still a bit too young and too early to worry too much about where their teams stand. Even with the clutter that the East has currently become.

Glen Davis said he does not really focus on the standings until after the All-Star Break. It is that point, he said, the intensity ratchets up and the Playoffs begin a bit early in some senses as teams try to prepare and play their best basketball heading into that two-month odyssey.

Right now there is a lot of basketball left. 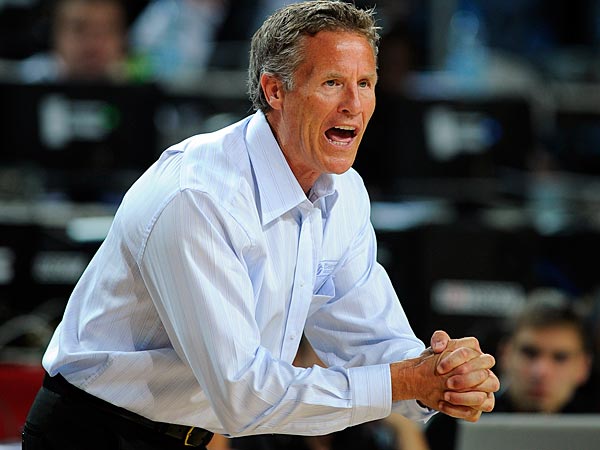 "This is going to sound unbelievable or very naive, I don't even look at where we are in the Playoff race," Sixers coach Brett Brown said. "I don't even really consider that. What I do consider a lot is . . . we are starting to move in the direction that we want. In relation to standings or records, I sincerely don't pay attention and in many ways don't even care. I like the day-to-day stuff that I'm seeing. I like this early early day feeling that I can see emerging in the group and that's really as far as I'll plot our team at this really early stage or analyze it."

For teams like the Sixers and the Magic, that is the main task to worry about. Daily improvement is part of the long-term goals that go beyond this season. Wins are bonuses in many respects for these teams. At least, that is the belief from those outside the back rooms and front offices.

The standings are tight right now and it is awfully tempting to begin thinking about the Playoffs, particularly after the Pacers and Heat gave us a small preview of it Tuesday night.

Many teams in the East are not having any of it. At least not yet. It is still about their own business than watching what others do.

"Everyday success," Vaughn said of his daily expectations. "That's doing your job every day. What's our effort level? what's our concentration level? that's where our success lies right there."