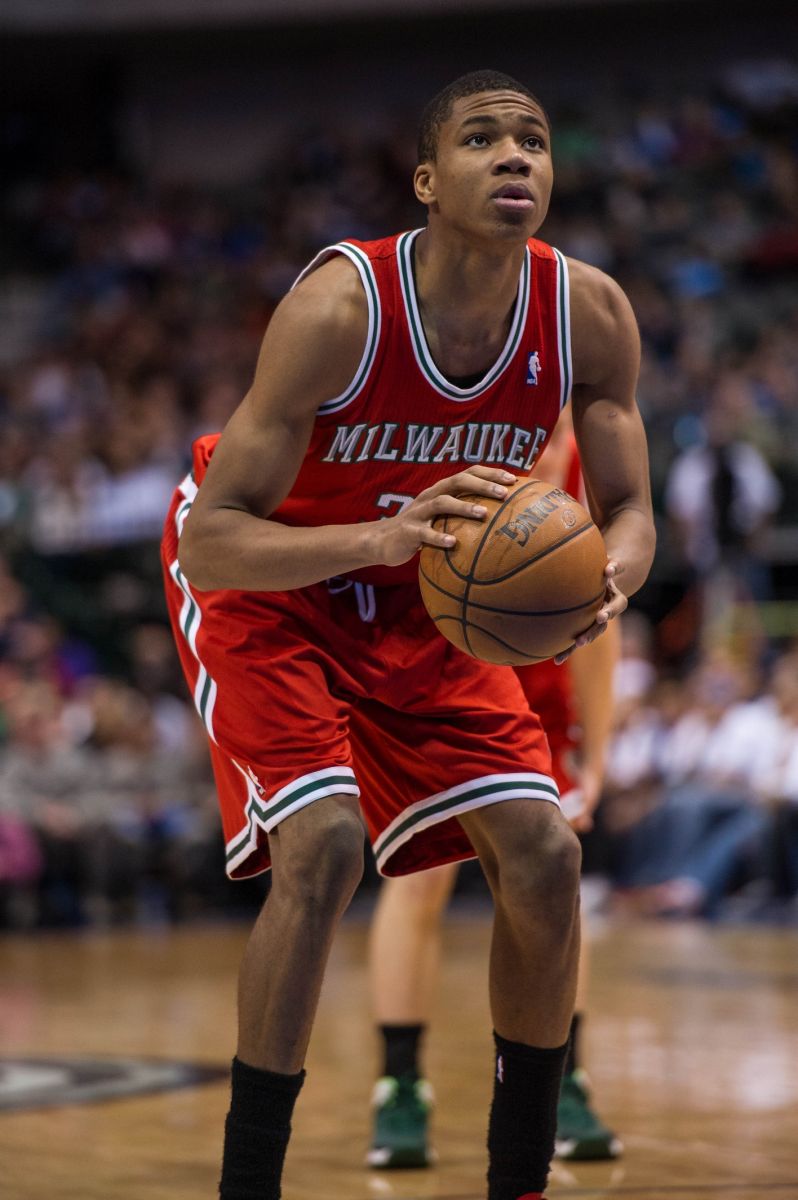 Giannis Antetokounmpo is the great curiosity of the 2013 Draft Class.

A six-foot-ten athletic freak of raw talent and ability, he has had his share of highlight-reel plays in his rookie year. And he is only 18 years old.

Antetokounmpo's story in getting to the NBA is incredible. His parents emigrated from Nigeria to Greece where Antetokounmpo was brought up in the Greek basketball system. His raw athleticism got him an early NBA look at 18 years old and, by one writer's estimation, Antetokounmpo is the best rookie in the class, or at least the one he would select first.

There is also the bit of culture shock involved.

Milwaukee is decidedly not Athens, Greece. In his article for Sports Illustrated this week, Chris Mannix left out one story that really shows the youthful exuberance and naivete in a new city and country:

Favorite–of many–anecdotes from @G_ante34 reporting. Early in the season, Giannis took a cab to Western Union to send money home…

…after sending all the money he could to Greece, he realized he didn't have enough left for cab fare. It was game day, so he started running

…he got about a mile before a couple stopped, asked if he was the Bucks rookie. He said yes. They picked him up and dropped him at the arena

There is a little more to the story.

Eric Buenning of BrewHoop remembered hearing this story back in December when it happened and dug through his comments to figure out what happened.

The story goes that a Bucks season ticket holder saw the 6-foot-10 physical freak wearing nothing but a windbreaker running down the street near BMO Harris Bradley Center. They stopped and he somehow squeezed into their Honda Fit.

It might have been the biggest assist of the night for the Bucks. And the couple forgot to get a photo to go with their Greek autograph!

When he got in the car, I said "you need a winter jacket." He said his credit card didn't work & he'd sent all the money to his family in Greece. He thanked us over and over again for the ride. He was running from where he lives ("on Lake Drive," he said). I got an autograph (in Greek!), but didn't think to get a photo (I'm full of regret). A photo of all 6'10" of him in the backseat of my Honda Fit (incredibly small back seats)!

We dropped him off at the BMOHBC and he said "Thanks, you really saved me!" I was so excited to have him in my car, that I didn't even think to get a photo. I hope he now has a winter jacket and proper transportation.

What a sweet kid…

The Bucks have not had many wins this year. But Giannis is definitely a keeper. Somebody get him a winter coat!