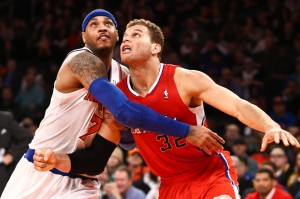 Were you aware of Donald Sterling’s reputation then?
When the draft lottery came out and the Clippers said they were gonna draft me, I went to Google to find out more about the Clippers, because I didn’t know a lot. And I was like, “Okay, team owned by Donald Sterling.” So then I typed in “Donald Sterling” in Google, and the first thing that pops up is “Donald Sterling racist.” And I was like, “Whoa!” So obviously I explored that, read a whole bunch of articles, read the deposition at one of his court cases. Which was awesome, if you ever have time to read some of the depositions. [laughs]