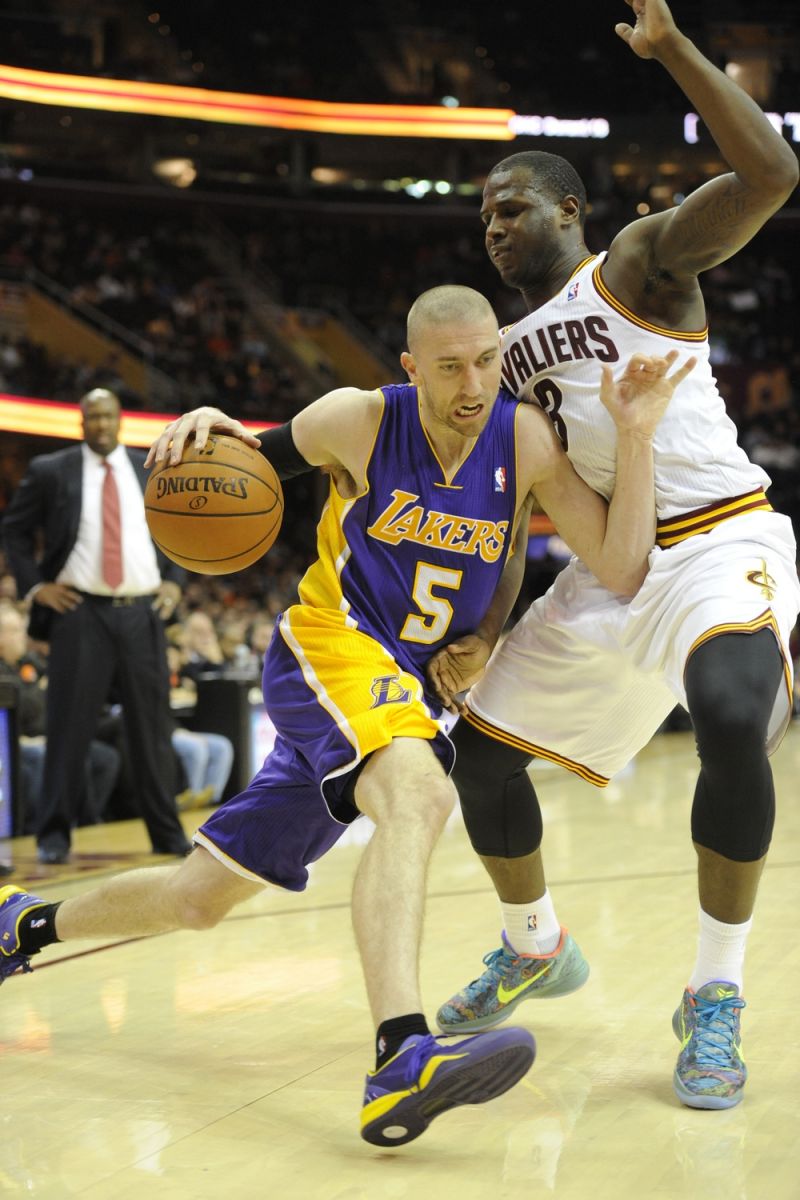 Back in February, an unusual play happened. Robert Sacre fouled out of a game between the Lakers and the Cavaliers. That was not the unusual part.

The unusual part was the Lakers had no one else available to play. Injuries had racked the roster. An injured Steve Nash was on the active roster but not in uniform. And two other players had fouled out already.

So Sacre stayed in the game and the Lakers were assessed a technical foul.

It was somewhat surprising that the refs even knew what to do in that situation. Even NBA vice president of referee operations Joe Borgia had to admit he had never seen this scenario play out in a game.

"We have to have five players on the court at all times," Borgia said. "If there are no available substitutes to come in the game, the player who fouls out has to remain in the game."

Borgia admitted that Nash's presence on the active roster complicated matters. Nash technically should have been in the game at that point even though Mike D'Antoni informed the officials he was unavailable but kept active only because of the NBA's eight-man rule. Nash actually ran back into the locker room to change into uniform at one point in the game in case the team had to use him.

It was just a very very odd night. You learn something new every night in the NBA.