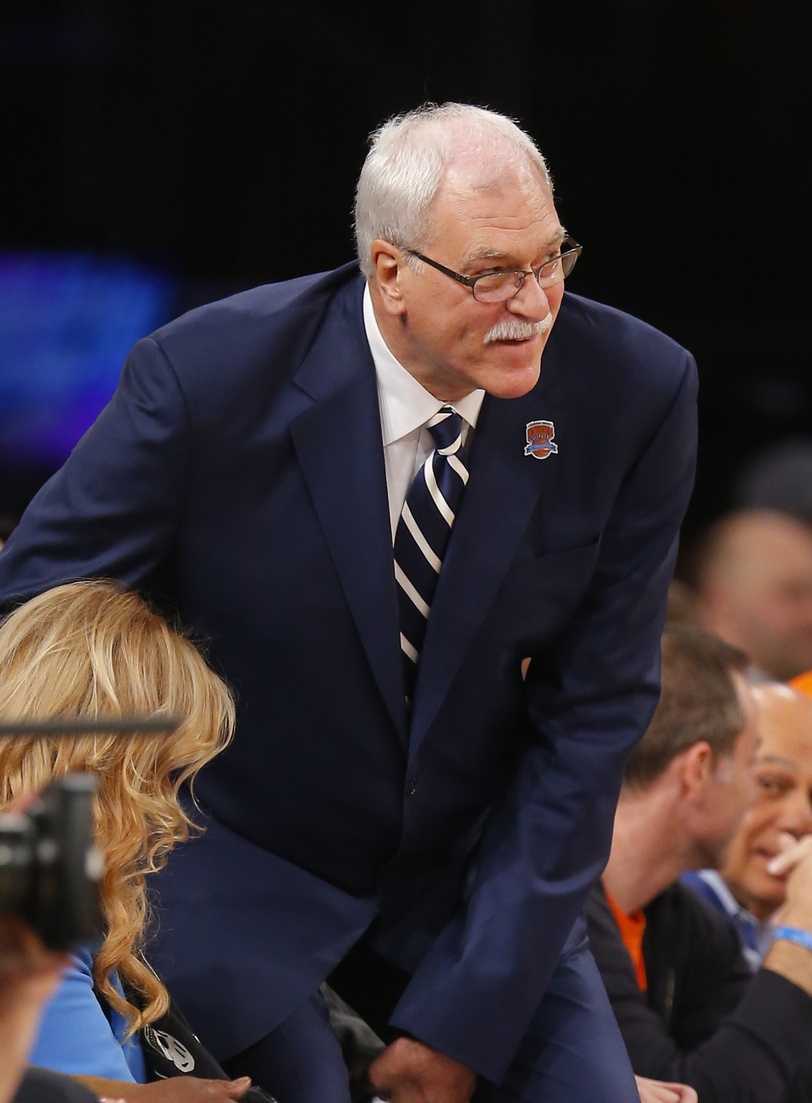 The Knicks are always looking to grab headlines and the latest rumors certainly do that.

With the team seemingly falling into the abyss and the upcoming free agency for Carmelo Anthony, some big names might be the only thing to salvage anything from this season and save the next few with Anthony.

Frank Isola of the New York Daily News reports the franchise has reached out to Phil Jackson for a front office position:

According to an NBA source, Garden chairman James Dolan has met with Jackson about a potential return to the franchise with which he won the Knicks’ only two championships as a player. Jackson also won 11 titles as a head coach with the Chicago Bulls and Los Angeles Lakers but apparently has no interest in coaching the Knicks.

Isola reports an offer to Jackson to be the head coach and replace Mike Woodson, but he declined.

It is unclear exactly what role Jackson would have and whether he would have a hand in personnel decisions. But it is the kind of headline-grabbing move that the Knicks have been known for under James Dolan. This is just what they do.

You have to ask whether Jackson is enough to make Anthony happy and stay in the Big Apple.

Jackson does not have a great track record in front offices, if he was involved in personnel decisions. He is currently working as a consultant for the Pistons and helped them hire Maurice Cheeks last summer. Cheeks was promptly fired 50 games into the season. He is also in the front office that included the acquisitions of Brandon Jennings and Josh Smith. It certainly has not worked out for the Pistons.

Further, Jackson has been critical of Anthony before. Jackson suggested Anthony read his book and learn how Michael Jordan turned from scorer to champion.

Then again, this Knicks roster just is not a championship roster as every player except Anthony and rookie Tim Hardaway Jr. has regressed from last season's breakthrough. Nobody figured it would be this much of a collapse however.

Can Phil Jackson work his magic and save things? The Knicks may be investing enough to find out.