The NBA hierarchy is pretty simple — owner, general manager, coach, players. The coach is like middle management. They are the direct link between the “higher ups” at “corporate” and the workers (the players). Only the nature of sports really glorifies the coach as more.

Sure, like any manager, he has to have a good relationship with his players/workers. In fact, in the NBA that is absolutely critical. General managers always talk about trying to find coaches who can relate to their players and get them to play at a high level. Mark Jackson passed that test with flying colors with his Warriors.

Where he did not pass was the other part of the job. The part that has led to many, many great coaches losing their jobs suddenly and surprisingly in the past few years.

A coach is middle management and has to relate to the bosses upstairs as much as his charges downstairs. The relation with the players is the one the fans see, the one with the owners and general manager is the one they do not. And it is that second relationship that matters.

Mark Jackson did not have a good relationship with his general manager or with his owner. That became apparent as the season went on and there were the bizarre re-assignment of Brian Scalabrine and the even more bizarre firing of assistant coach Darren Erman. 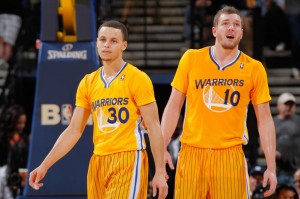 These firings were deserved according to reports and stories coming out of the locker room — particularly Erman’s — but it did reflect on the chaos going on behind the scenes within Jackson’s own coaching staff. No matter his coaching acumen, it seemed like the whole thing was teetering. And it did not help that Scalabrine was a guy management brought on and favored, unceremoniously dumping him.

It became a point of contention between management and Jackson. It was that relationship — not his coaching or his ability to get the most out of his team — that ended up being his undoing as sources told Sean Deveney of The Sporting News last week:

“Here’s how one source within the Warriors organization described Mark Jackson, who became the team’s ex-coach on Tuesday: ‘He has a way of talking right past you, honestly. You can talk to him 100 days in a row, and on the 101st day, he still won’t know your name. That’s something that everyone picks up on. He didn’t have any allies.'”

Jackson’s shocking and sudden dismissal came right down tot he way he curried favor among those with the hiring and firing decisions. They did not believe in him and they gave them no reason to do so.

It felt similar in some ways to the Grizzlies firing Lionel Hollins after he guided them to the conference finals. He might be a great coach, but his philosophy did not meet the philosophy of the higher ups. Hollins was still complaining about the Rudy Gay trade despite all the successes his teams had without him — and the analytics his bosses favored that showed trading Gay was the right decision.

This is the reality of any job and is becoming a reality in the NBA. The new wave of owners want control and they want something streamlined from the top to the bottom.

Jackson even admitted so. He told Dan Patrick on his radio show that he might have resigned had he not been fired. The relationship in Golden State had completely broken down.

At least the two parties seemed to have enough of a modicum of a relationship to understand that this was not going to work and could not continue. Mark Jackson said the season was exhausting trying to keep it all together. At some point it would have broken at the seams. This seemed like exactly what needed to happen.

It is unfair. Jackson had incredible success with the Warriors and they need to make a big hire to keep up this momentum.

It was clear too that this relationship could not continue. It was a marriage of convenience after Joe Lacob took over. It was time for a divorce.