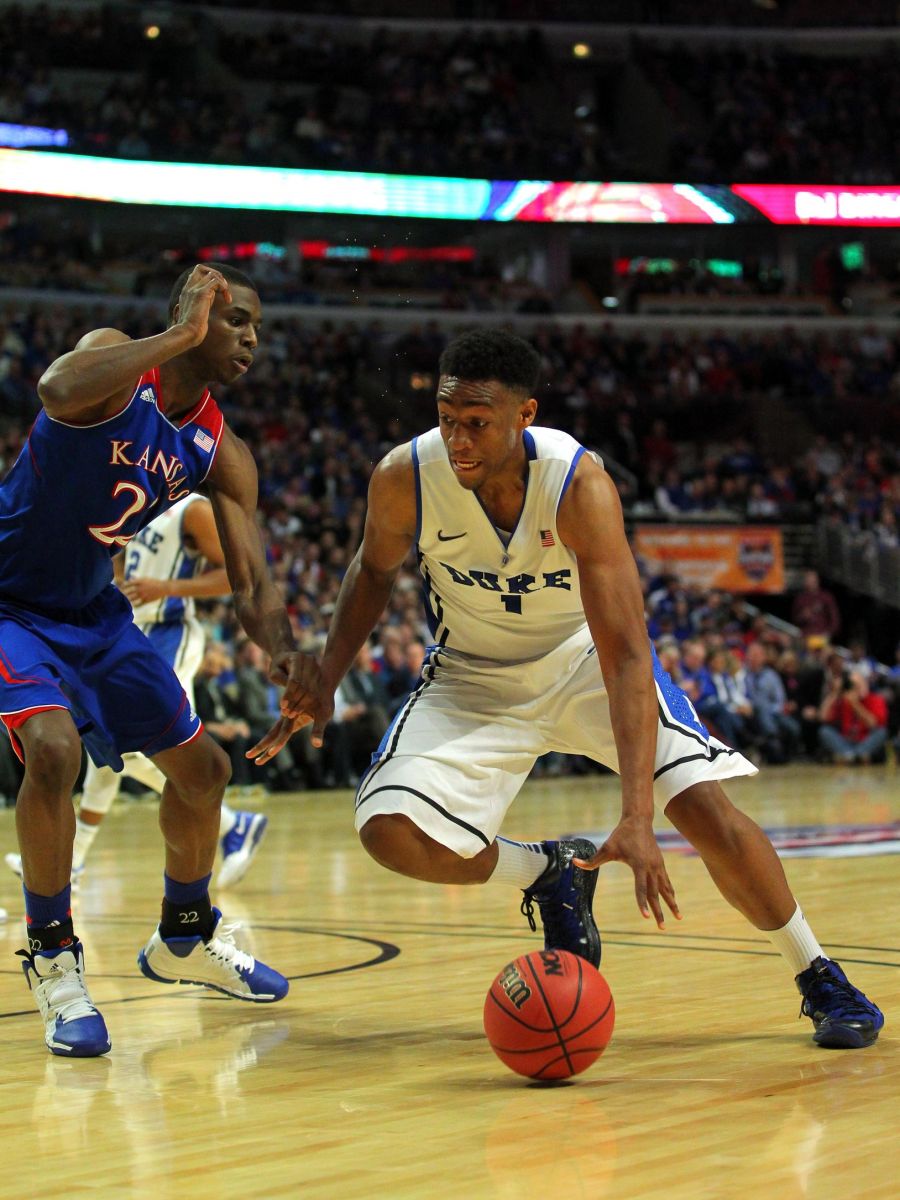 The calendar has turned to March and the NCAA Tournament will be taking up the basketball world's attention for much of the next 30 days. With talks of tanking circling about several teams that are in line for high draft picks, this is a very iportant time. Many players will be playing in their last games before scouts can really talk to these players and figure out if they fit their organizations.

This year's draft class appears to be a cut above other draft classes with several scouts believing there are players worth tanking for in this draft (OK, that is a little far).

Scouts have been raving about the potential of several young players slated to enter this year's draft. The focus on them will intensify with the nation making its yearly pilgrimmage to their brackets in the coming week. This week's conference tournaments will begin to shine that light on the best young players in the U.S.

This weekend gave us a little taste with some big performances.

Parker has looked to be the most complete prospect available in this Draft. And that is crazy for a 19-year-old teenager. Parker probably did not need a year at Duke, but it has helped him showcase himself as he put in big performances on one of the biggest stages.

When the spotlight has turned to Parker, he has shown true and performed.

Out of all the players projected to be at the top of this draft, Parker has shown the most consistency and versatility. He could be a really good win player in the league right now (with the usual rookie bumps and bruises, of course). Put him at No. 1 on my board at the moment.

Wiggins has had to deal with the most hype of any playeentering the NBA. Everyone expected him to be the next LeBron James. The fact is he was not ready for that kind of expectation put on him and did not have the personality to take over games. Or the ability… not yet.

Wiggins looks passive at times and looks to defer to his teammates rather than take over. That is OK from a freshman. But not the freshman you expect to become the future of your franchise.

Then Wiggins goes on scoring runs where he just looks unstoppable. His game is much more together than it seemed it was before. And he just knows how to put the ball in the basket in some impressive stretches. He has helped lead Kansas to the cusp of a No. 1 seed. Wiggins though had this big scoring game in a loss to West Virginia that hurt Kansas' tournament positioning.

The Jayhawks being without another potential star in Joel Embiid, who is dealing with a back issue, has not helped matters. It has put more on Wiggins. It will be interesting to see if he puts in more performances like this.

Exum is not in the U.S., and he quietly has plied his trade in his native Australia. He impressed at several high school camps where he outplayed Wiggins, Parker and everyone else. Exum has gained comparisons to Anfernee Hardaway as a point guard. That is high praise.

The fact he is not playing in the NCAA where scouts can see him against the best available competition will certainly hurt. But scouts like what they have seen from him.

One scout is prepared to give Exum the top overall pick, he said in a conversation with Alex Kennedy of Basketball Insiders:

“I have seen him play live a limited number of times, but I have to say that he’s really intriguing. He has a legitimate chance to go No. 1 in this draft. He’s that good. His upside is enormous. I won’t be surprised if he goes No. 1 on draft night. If we land the No. 1 pick, he’s a guy who we’re seriously going to look at.

One thing is for sure, March is going to be a lot of fun for basketball fans.