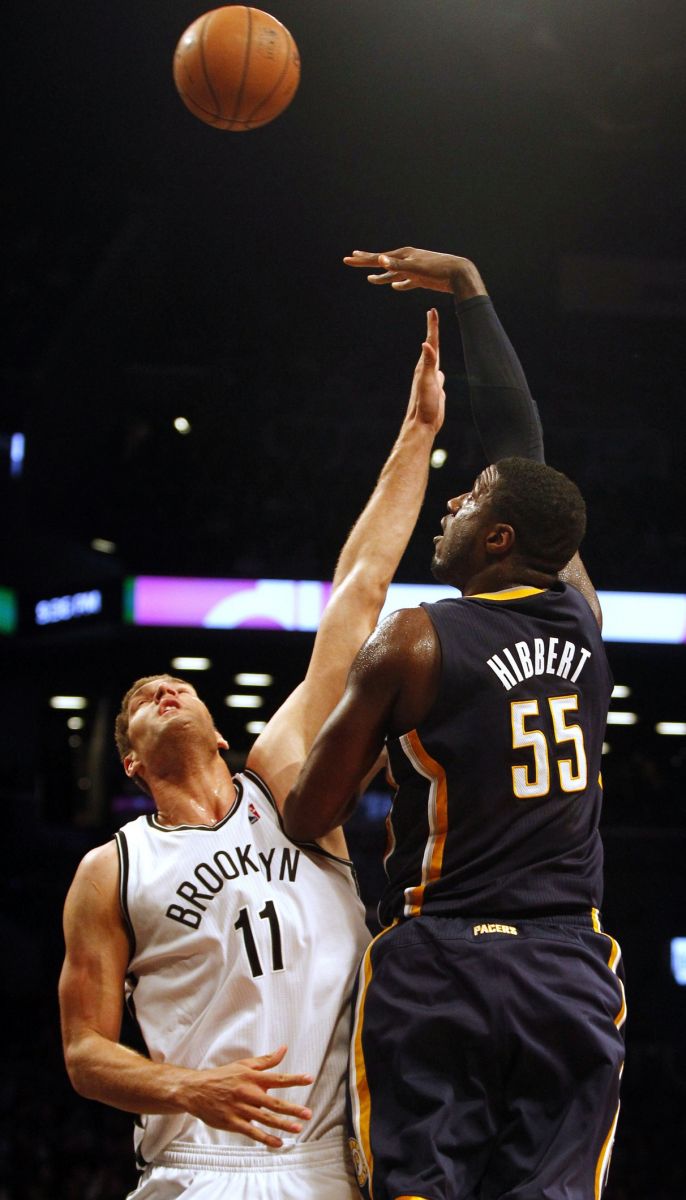 The Pacers always seem to be looking to improve. Clearly they are not satisfied with just being title contenders or just being the best team in the East. And clearly, Indiana recognizes that this is a young group and the window (appears) wide open to compete for championships.

Indiana's young players want to keep that window as open as they can.

Paul George recently said he would like to spend the summer picking LeBron James' brain and training with him, something James welcomed. Now Roy Hibbert is saying he would like to seek out Brook Lopez to learn some low post moves.

Hibbert is still a bit mechanical in the low post and could use the help from someone as good at scoring down low as Lopez. Hibbert is scoring 0.85 points per possession in post up situations according to Synergy Sports. He is shooting just 42.5 percent from the floor.

Those are very bad numbers for a center. Particularly an All-Star center. His defense more than makes up for it and the Pacers have plenty of weapons to make up for any lack of production. But one thing that certainly could hold the Pacers back in this postseason. Championships are often won or lost in the paint.

Basketball fans stuck in the 1980s — and Pat Riley — probably will not like the idea of players going to their rivals for advice and to get better. That is the reality of the NBA. Particularly in the AAU culture and the world of Team USA.

It can only make a player like Hibbert better to learn what he can from his peers. He is already the front-runner for Defensive Player of the Year and he has to be hungry to improve and help his team.

The title is so close, every little bit might help.