San Antonio Spurs’ Boris Diaw has it all, riches, fame, an NBA title and gets paid to just play a game. He can have anything and any woman he wants but if this photo of him is any indication, he might just try to steal you woman.

Diaw was in Austin, TX at Lake Travis when he decided to crash a bachelorette party and kiss the wife-to-be on the cheek.

Actually, Boris was invited but still, when your woman is out and about and a pro-athlete comes around, that can’t be good. 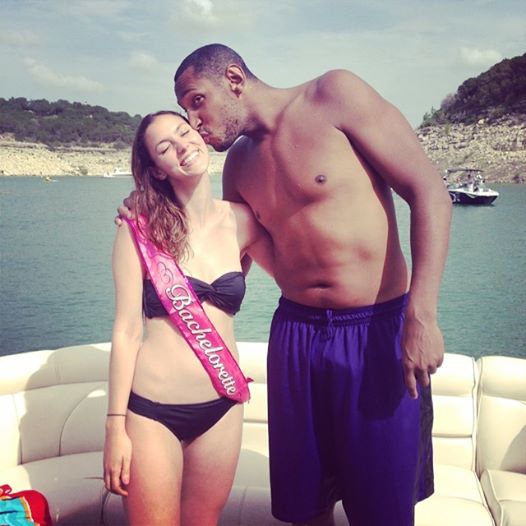 Story: My friend was at Lake Travis for a bachelorette party when she saw that Boris had tweeted about being on the lake for the day. She told her friends and they were joking about riding around the lake shouting “BORIS”, and he actually heard them from a boat away saying his name. Boris immediately swam over to celebrate with them and asked if he could kiss the bachelorette. She also claimed that they sang “All I do is win win win no matta what.”