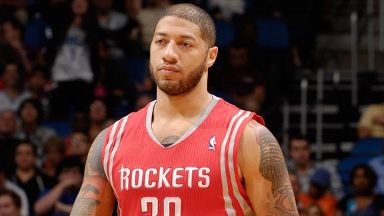 The ballad of Royce White continues in the NBA.

The very talented forward has been a mystery in the NBA as he has battled his anxiety issues and struggled to make his way onto an NBA court. The Rockets, who drafted him 16th in the 2012 Draft, gave up on him after he spent a season in limbo arguing with the organization about how they would manage his anxiety issues — which make it very difficult for him to fly.

Now, White will get a second chance in the NBA. The Kings will sign White to a 10-day contract and assign him to their D-League affiliate in Reno, Jason Jones of The Sacramento Bee reports. White has yet to appear in any NBA games but had a short stint with the Rockets' D-League affiliate.

For White to be successful and make good on the talent, he and the Kings will have to first agree to a management plan for his anxiety disorder that both the player and the team can work with. This was White's biggest criticism of the Rockets organization and where things broke down for him.

First things first though are his stint in the D-League. There is very little air travel in the D-League and the Kings likely want to see whether he is in shape and can still make an impact in the NBA before bringing him up. White will spend the entirety of the first 10-day contract in Reno as Sacramento is currently on an East Coast road trip. If Sacramento signs him to a second 10-day, it will be almost entirely in Sacramento.

This is a great second chance for Royce White.