Training camp is a time for talk.

Everyone is in first place and no one has proven anything. So positivity, bravado and optimism take over. Everyone is going to be better and do exactly what their team needs to do to win.

So we get some locker room material. Like when Dion Waiters claimed he and Kyrie Irving made up the best backcourt in the NBA:

That’s nonsense. (Beal is) supposed to say that, but I know deep down, he’s not messing with me and Ky (Kyrie Irving). I think me and Ky are the best backcourt, young backcourt. That’s all.

That came in response to a reporter telling Waiters of Bradley Beal‘s statement that he and John Wall with the Wizards are the best backcourt in the NBA.

The Wizards and Cavaliers rivalry has seen some spice return thanks to the return of LeBron James to the Cavaliers and the Wizards have returned to prominence with their surprise series victory over the Bulls in the first round last year. We will be watching these matchups very closely.

But James is a forward and so is not a part of this conversation. Are Waiters and Irving truly better than Beal and Wall? Are Beal and Wall even the best backcourt in the league?

First, Wall’s argument was a good one. Wall told Waiters to wait until he makes the Playoffs to put them even in their company. They will get there this year that is for sure.

So who do we think has the top backcourt? I am glad you asked. Here is our top-5: 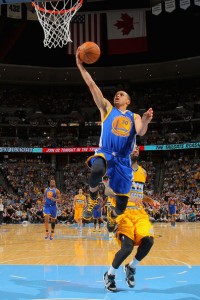 We saw both of these players show up big in the FIBA World Cup. And throughout the summer, the Warriors rebuffed efforts from teams — notably the Timberwolves — to acquire Thompson. The “Splash Bros.” really are the best backcourt in the NBA. There just is not any other way around this.

Stephen Curry is probably the best pure shooter in the NBA. That really does not do him justice. He is a solid point guard too who can create plays for others. It is rare you find a shooter with his marksmanship that can pull up, shoot off the dribble, catch and shoot or be a playmaker. Curry averaged 8.5 assists per game last year. That is incredible for such a great shooter and makes him truly unique.

Then you add that he led the league in points off pull-up jumpers by nearly 200 points over Kevin Durant makes his play even more amazing.

No testing the Splash Brothers here. They are the best.

You are not quite the best, Bradley, but you and Wall are pretty darn good when it comes to the best backcourts in the NBA.

Wall really burst through as he found his jumper last year, increasing his 3-point shooting and getting to the rim more. Adding in a fully healthy Beal for an entire year helped open lanes for him to attack. And the Wizards’ surprisingly strong defense made it all work as Wall continues to make his jumper better.

He was every bit an all star, but Beal remains a really interesting player just waiting to have his talent unleashed.

Beal is a pretty good driver himself, but is an even better outside shooter. No arguing that these two guys will take that top spot if they continue to improve and their team continues to succeed. 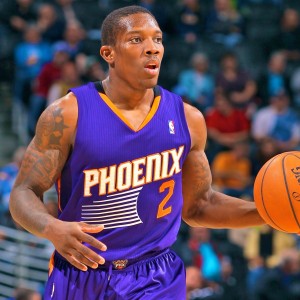 Now that Bledsoe is locked up long term with the Suns, this backcourt is going to be terrorizing the Western Conference now for at least a few years.

This was a surprising team last year with Dragic making a huge step forward individually (and maybe a small step back as a point guard with his assist numbers dropping pretty steadily). There is a lot of expectation for the Suns to do it again with virtually the same team back and Bledsoe ready to play for an entire season (something he still has not done as a starter).

Bledsoe is a talented young player for sure and is someone who could develop into a great shooting guard in this league. He still has to make it through a full season. Now that he is getting paid like a starter, we have expectations that he will start playing like one.

This is not some lifetime achievement award. And, yes, Ginobili comes off the bench. There is still no denying however how effective these two players can be on the floor together with the Spurs. It would be difficult not to include them in this list (and, if we are giving out lifetime achievement awards, they seem a better backcourt duo than Kobe Bryant and Steve Nash right now).

Their stats are not impressive, but nobody on the Spurs have impressive numbers. What makes this duo great is the consistency over a long period of time and their ability to rise to the occasion.

Both came up big at various points in last year’s Playoffs with Ginobili specifically trying to atone for a poor performance in the 2013 Finals. There is something to that which numbers cannot completely encapsulate. And so their ranking here in the Top Five is more about that than what they can quantitatively do on the floor. 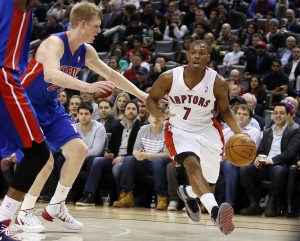 Is it me or are people sleeping on the defending Atlantic Division champions in the Eastern Conference? A big reason for the Raptors’ sudden and surprising revival last year was the emergence of DeMar DeRozan into an All Star last year and Kyle Lowry’s transformation into a near-All Star.

We will see if they can do that again this year and make it a consistent thing. And, of course, if Lowry was not merely motivated by being in a contract year.

Lowry though is a pretty darn good shooter and a bull in the paint. He is a tough cookie to crack and with the way the Raptors play defense should remain a key player on a very good team.

It was the emergence of DeRozan as a first option that really changed things for the Raptors last year. DeRozan is solid and not spectacular, but he is very solid. He is a strong player that should continue to get better as he expands his range.