Evaluating talent in the NBA is an inexact science.

The NBA Draft is littered with mistakes and miscues that have set franchises back decades. Portland will never live down drafting Sam Bowie over Michael Jordan or Greg Oden over Kevin Durant.

Both those picks followed the age-old adage: You can’t teach size. And in basketball history, that is typically true. The great dynasties of the NBA are anchored by big men — George Mikan, Bill Russell, Kareem Abdul-Jabbar, Robert Parish, Hakeem Olajuwon, Shaquille O’Neal and Tim Duncan. It is rare to find a championship team that does not have a dominant or dependable low post and rebounding threat.

That paradigm has certainly changed.

The Heat’s center is Chris Bosh — now more of a glorified spot-up 3-pointer shooter. The Pacers made a deep Eastern Conference run with Roy Hibbert at center, and he struggled to establish himself in the post or produce consistently on the scoreboard and on the glass. The Spurs are one of the few teams that still use two big men in their starting lineup — and even they have conceded to using Boris Diaw at power forward in this Finals series.

The center has gone the way of the dodo. Size just is not what it used to be. 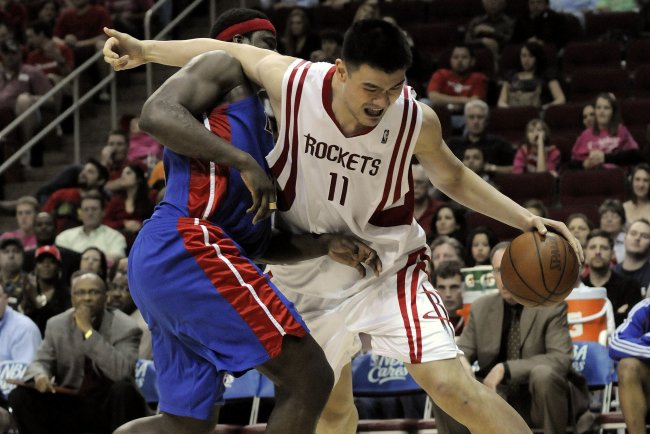 There have been plenty of disappointment stories when it comes to the extremely tall — those that are 7-foot-4 or taller. Yao Ming was 7-foot-5 and the top overall pick but suffered through foot injuries that cut his career short. Shawn Bradley, the second overall pick in 1993, had a long career where he blocked a lot of shots but also got dunked on and became mostly a bench player. Manute Bol fell in love with the 3-pointer.

Other giants flamed out of the league fairly quickly too or suffered from pituitary diseases that prevented them from playing basketball at a high level.

These players are usually not too mobile and still seem like they are growing into their bodies. With the way the NBA has gone, faster and more mobile, the center has kind of gone by the wayside. The giant is not very useful if he cannot hedge out on the screen and roll and do a good job spreading the floor with a jumper too.

The really big players that lack that kind of mobility are deemed almost useless at this point. At one stage where being over 7-feet tall almost guaranteed you a serious look at the first round, now it may not get you drafted.

Such is the plight of Sim Bhullar, a 7-foot-5, 355-pound sophomore center from New Mexico State. Bhullar averaged a modest 10.4 points and 7.8 rebounds per game last year. That would hardly get anyone on an NBA radar. But the guy is 7-foot-5 and that should pique interest.

The plain fact is that it has not. DraftExpress ranks him 54th among all sophomores, but has him out of their mock draft. NBADraft.net too.

Bhullar seems a more coordinated version of the giants that used to be the fascination of the NBA. A guy with some coordination at that height would not necessarily be a can’t-miss player, but certainly would get more than a cursory look.

It is just a sign of the times, according to Michael Grange of SportsNet in Bhullar’s native Canada:

And Bhullar is an accomplished player, not only huge but with soft hands and a decent shooting touch: He’s the product of the same CIABounce AAU program that has been a pipeline for Canadian talent headed to the NBA. Twice he was most valuable player of the Western Athletic Conference while playing for New Mexico State, and he averaged 10.4 points, 7.8 rebounds and 3.4 blocks in just 26 minutes of playing time per game this past season.

But his chances of being drafted are modest, as the league’s centres, for the most part, are no longer featured on offence but instead required to be agile enough to come out high on the floor to help guard pick-and-rolls and scramble back to the rim to rebound and deter drives to the rim. Think Joakim Noah of the Chicago Bulls. It will be an issue facing another Canadian big man, seven-foot-two Jordan Bachynski of Calgary, although he’s considered to be a better draft prospect than Bhullar largely because he’s more agile.

Yes, it seems Bhullar was born at the wrong time.

And he would have been particularly beneficial from a marketing standpoint since he is the son of Punjabi immigrants to Canada. The NBA is looking to expand its footprint in the emerging market of India and the presence of a player with some native ties to that region would be helpful.

Of course, every player has to earn their way into the NBA. And if you can play, it does not matter how tall you are.

Bhullar will have to prove that. In individual workouts, he just needs one team to take a chance on him for a Summer League roster. Then he has to show that he can hang in the league through training camp and preseason. Then, who knows?

But a player that a team certainly would have taken a risk with a second round pick only a few years ago only because of his height is experiencing something quite different — no one is noticing him now.