The Suns have a rotation spanning 15 years in age. Devin Booker, 18, is a reputable shooter, and he nailed two 3s in his preseason debut against the Kings. Tyson Chandler, 33, inked a four year, $52 million deal with Phoenix in July, making him the elder statesman of the group — and the only member of the team with a championship ring.

Chandler is valuable as a stand alone acquisition — he’s making what an average starter now makes in the new salary cap landscape, and the notorious Phoenix training staff should help to guarantee Chandler exceeds average starter production over the duration of his deal. Chandler was signed in order to sway LaMarcus Aldridge, and while Phoenix may say otherwise, reshaping the team around Chandler makes little sense with such an unfinished roster around him.

Phoenix has won 25, 48 and 39 wins the past three seasons — a bizarre journey from last place, to upstart contender, and back into the basketball morass in the snap of a finger. For the first time in a considerable number of seasons, the No. 8 seed in the West is an obtainable commodity for the non-elites. Portland is out, and Dallas is getting uglier by the day.

Winning 45 games could get you into the playoffs, and for a small-market team like Phoenix, which is overly reliant on attendance money, the urgency to make the playoffs again are understandable. Sacramento is improved, and Utah is the trendy pick to claim the open slot, but Phoenix is talented enough to climb any of these teams into the playoff picture. 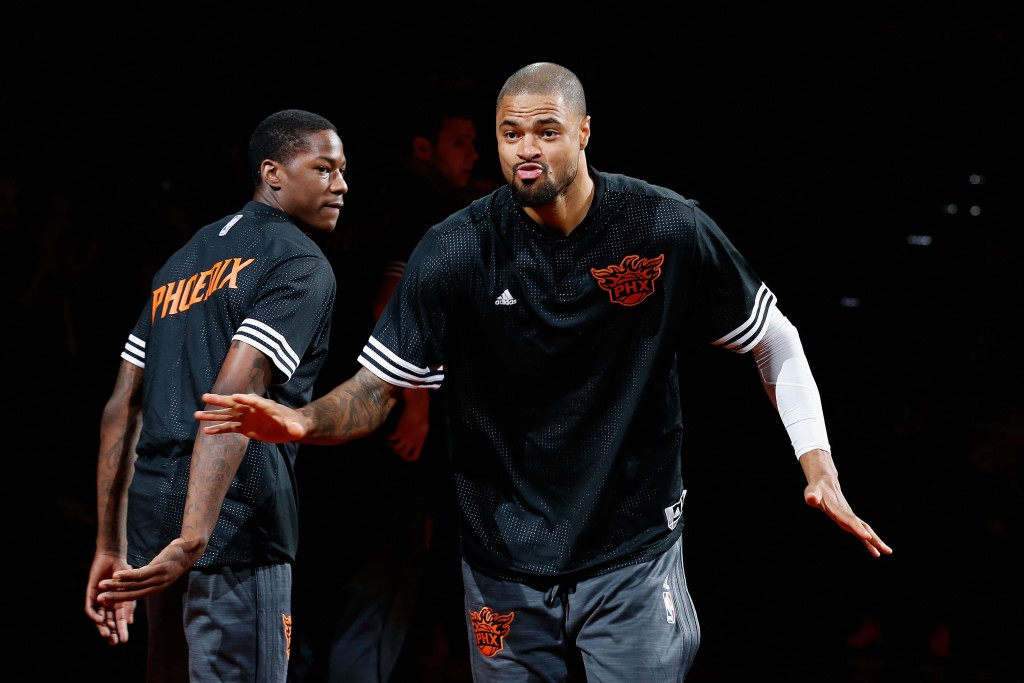 Chandler makes the Suns a heck of a lot sturdier. He’ll improve the 24th ranked rebounding team from a season ago — considering the Suns have Eric Bledsoe, the best rebounding guard in the NBA not named Russell Westbrook, that figure is inexcusable. Phoenix lacks a player of Dirk Nowitzki’s gravity, but it’s a good shooting team, and Chandler’s rim rolls will open up the floor.

The opportunity cost to pair former Kentucky Wildcats guards Bledsoe and Brandon Knight together has been steep. The two barely played with one another last season — just 235 minutes in 11 games — before Knight went down with an injury. Lineups built around these two crushed the defensive glass and pushed the ball at 102 possessions per 48 minutes.

However, those lineups couldn’t score or take care of the ball. Injuries and lack of continuity could be the culprit, and Chandler will help steady the ship. The constant threat of Chandler crashing the lane and spreading Markieff Morris, Booker and other shooters around the floor will open everything up.

Adding Chandler now places a premium on the present, but it also mortgages the team’s future. Alex Len made a jump in year two — swatting 1.5 shots per game, cashing more than 50 percent from the field, and averaging six points and six boards in 22 minutes. How many minutes will the 22 year old Len lose to Chandler over the next four years? 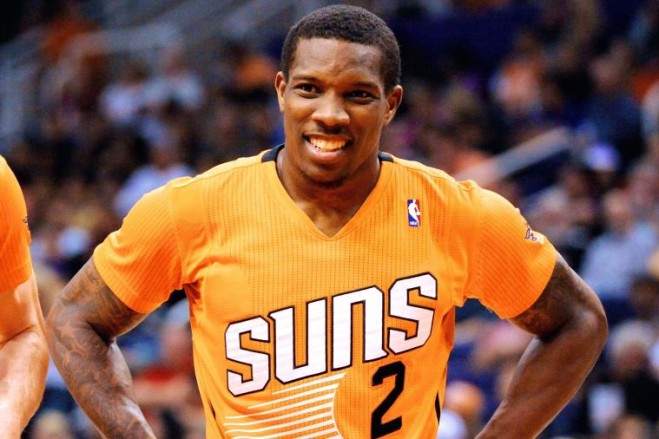 Bledsoe, Morris and P.J. Tucker played 1,474 minutes together last season and yielded average results. These lineups were above average defensively, but they hit a wall offensively following the massive roster turnover midseason. The 2014-’15 Phoenix Suns were an average shooting and rebounding team that failed to take care of the ball. Inserting Knight/Chandler around the incumbent starters should take the onus off Bledsoe to create everything, unlocking his best attributes as an athlete on defense and in transition.

I should briefly note that Morris was a walking headline all summer. His contract lifts his value substantially. He’ll never have a better opportunity to show why he’s a starting forward than playing next to Chandler.

For Phoenix to make the postseason it will need its bench to overachieve. Sharp-shooting Mirza Teletovic should thrive next to Chandler at the 4. Staggering Chandler/Len so that Chandler can elevate second unit lineups (ala Nowitzki in Dallas) could be a creative way to pump up the team’s overall defensive numbers.

Jon Leuer and T.J. Warren give this team skilled rotation pieces off the pine. Warren could supplant Tucker in the starting lineup, but Tucker is beloved and probably more affective when playing with top line guys, and Warren should eat off the bench in the important second year.

Ironically (considering the opening day roster from a year ago) guard depth is a major concern for Phoenix’s playoff chances. Archie Goodwin and Ronnie Price both shot under 30 percent from 3, and Booker hasn’t played a game in the league before. Bledsoe and Knight both struggled with injuries last season, and an extended stay on the D.L. could sink the Suns’ ship fast.

And so goes the paradox of signing Chandler. On the one hand, Phoenix has enough immediate talent to press for 45 wins and compete for the No. 8 seed. On the other hand, is adding Chandler a fool’s gold proposition? Shouldn’t Phoenix just rebuild like a normal team? The ripples from the Suns’ surprise 48-win season continue to haunt this team — a franchise desperately looking to make the playoffs for the first time since the Steve Nash era, but without a clear a plan on how to do so.