In the two months since DeAndre Jordan publicly spurned Dallas in free agency, I’ve done my best to avoid thinking about the Mavericks. As the Clippers have transformed into the greatest soap opera in the NBA — with a deep, limitless roster, to boot — a fourth consecutive summer of bad breaks has left the Mavericks anchored to the bottom of the playoff picture, or worse.

The question is how much worse. My friend and colleague Sean Woodley has Dallas behind the Utah Jazz and Sacramento Kings in the West. After winning 50 games or more for 11 consecutive seasons, the Mavericks haven’t finished better than seventh in the West in four years. Head coach Rick Carlisle and Dirk Nowitzki could lift D-Leaguers to an above-average offensive efficiency, but the duo has failed to yield a bankable defense, or a playoff series victory, since 2011.

The pursuit of Jordan was a band-aid measure to buy the Carlisle/Nowitzki campaign more time. When the clock struck midnight on Dallas’ fantasy, the harsh reality of the final Nowitzki years set in — the Mavericks aren’t winning another title. 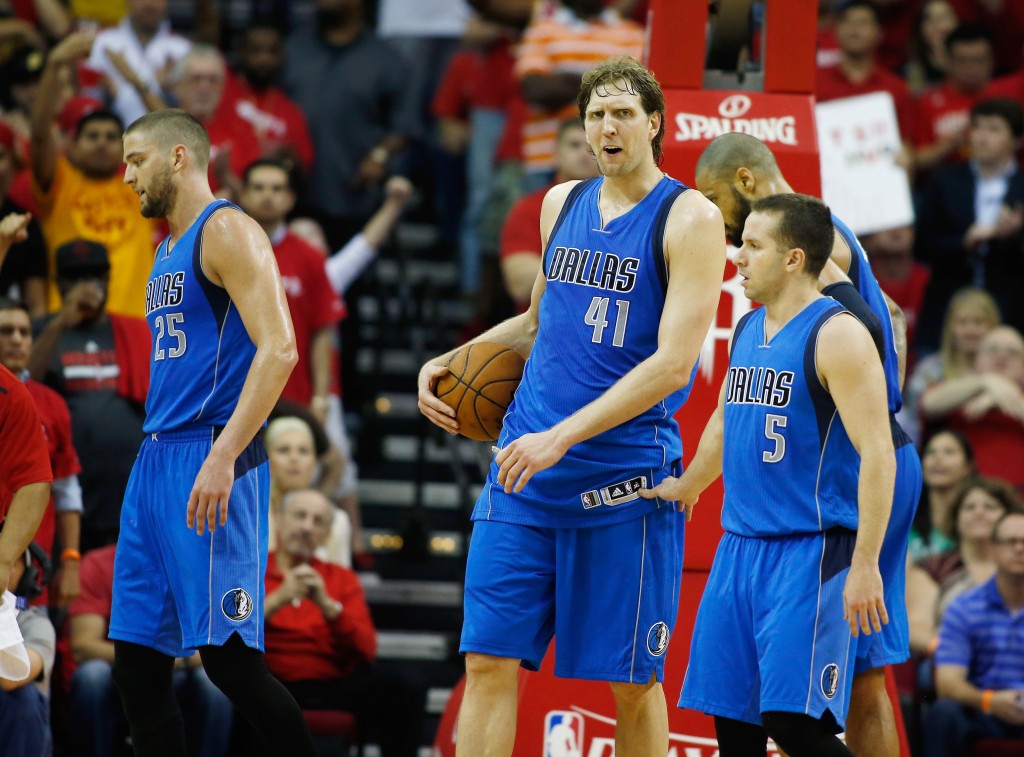 Here’s a weird place to start with the 2015-’16 Mavericks: Is Chandler Parsons going to finish the year in Dallas? When Parsons bolted Houston, he did so, in large part, because of the exorbitant amount of money Cuban was willing to offer him — money Nowitzki purposefully left on the table to draw more talent.

Parsons counts for $15.4 million against the cap next season, his second year in Dallas, and he has a player option for 2016-’17 worth north of $16 million. After missing 17 games over his first three seasons (7.4 percent), Parsons missed 16 games for Dallas before being shut down prematurely with a knee injury against Houston in the first round.

At 26, Parsons is a steady secondary option who can handle the ball some, defend his position, and who shoots well from range. Under the previous salary cap landscape, Parsons was not worth $15-$16 million. However, above-average starters will yield that type of cash on the open market next summer. Parsons could be one of the most sought after names available in 2016.

That is, of course, if Parsons opts out of his current deal — a rather large “if” considering his recent injury history. Parsons won’t pass up $16 million unless he knows he’ll benefit on the open market. If he suffers a setback and misses time in 2015-’16, Parsons can roll over his current deal and enter free agency in 2017 — when the cap is set to jump to $108 million — at 27.

Dallas needs Parsons on the court to be anywhere close to respectable. The Mavericks have a dearth of reliable creators: Deron Williams replaces Rajon Rondo at the know-it-all, headache, starting point guard spot. Devin Harris and J.J. Barea are the Kirk Hinrich’s of the West — two players who should not be logging significant backcourt minutes for a viable contender.

With Monta Ellis gone, Parsons will be far more involved in the pick-and-roll, as well as secondary ball-handling duties. It’s a good bet that a healthy Parsons will set new career-highs in points (16.6) and assists (4.0), and a fringe-All-Star campaign would guarantee Parsons a raise on his next deal. 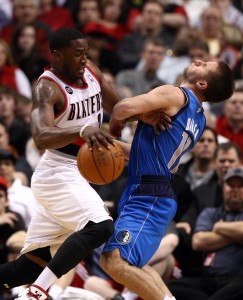 A consequence of losing Jordan so late in the process for Dallas was honoring its hefty commitment to free agent Wes Matthews. The Mavericks were initially paying Matthews $57 million over four years to be a Top 4 option on a contender. Losing Jordan meant giving Matthews an additional $13 million — the Mavericks are paying him to be the best player on the team through 2019.

Dallas owes Parsons and Matthews a combined $31.8 million next season. Even after factoring Nowitzki’s $7 million into the equation, Dallas is using nearly 44 percent of its cap space on three players who won’t move the needle in the West.

I love Matthews, and nobody would be happier to see him earn that deal from Day One in Dallas. The hope is he’ll be recovered from his torn Achilles tendon in time for the season. Anything short of the best case scenario likely spells doom for the Mavericks’ playoff chances.

Few teams are more venerable to injury than Dallas. Williams, Parsons and Matthews are all walking question marks. Nowitzki is 37 and coming off his worst season. The team is replacing Tyson Chandler with Zaza Pachulia, who has played starter’s minutes once since 2007, and has missed time in two of the past three seasons.

Carlisle will get this starting lineup to hum offensively, but that says nothing for Dallas’ pedestrian bench, or the real elephant in the room: Dallas might be the worst defensive team in the West next season, full stop.

Pachulia was an effective defender in reserve minutes for Milwaukee. The team held opponents to 97 points per 100 possessions, per NBA.com, when he was on the floor. Pachulia was solid on the glass: pulling down 16.9 percent of available rebounds.

He was fine, but Pachulia was also protected by the Bucks’ elite scheme and personnel. Now he’s protecting the rim with Nowitzki at the 4 and complete unknowns dotted all over the backcourt.

If Zaza, Wes and Parsons give Dallas 35+ minutes in 75+ games each, and Dirk and Deron are darlings offensively, Dallas could flirt with the No. 8 seed. In Devin Harris and Sam Dalembert, they have two players off the pine that could sure things up defensively for stretches, and Carlisle’s patented staggering of Nowitzki can bolster reserve lineups starving for offense.

It’s nicer to imagine Nowitzki playing meaningful basketball in the twilight of his career than to think about how icy things might get. Dallas has no forward depth whatsoever — positions manned by Nowitzki (old) and Parsons (recovering from a knee injury). Playing Barea means punting on defense for the sake of running a pick-and-roll heavy offense malnourished without the correct personnel.

The real contenders will start calling Dallas once they smell blood in the water, and Mark Cuban already admitted tanking is on the table. Teams looking to polish their armor at the deadline will pursue Parsons. Dallas’ willingness or reluctance to deal its top free agent will speak loudly to the short- and long-term future of the organization.