On Tuesday, we discussed why Stephen Curry and James Harden enter 2015-’16 as the favorites to win MVP. Today, let’s take a look at the other perennial All-Stars in the mix for the sport’s most coveted player award. 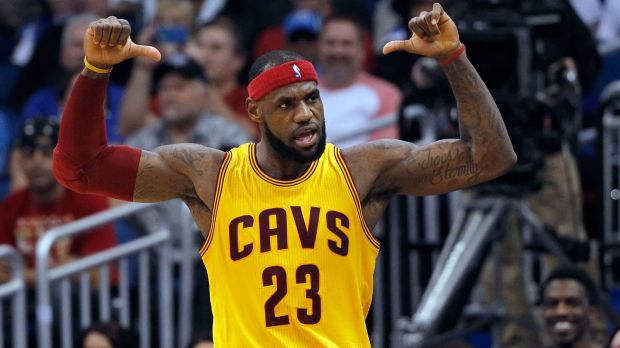 LeBron famously took time off during the 2014-’15 season, and it’s possible that — and general voter fatigue — is why LeBron never supplanted the fresh faces of Curry and Harden in the MVP race. But once the calendar flipped to 2015, LeBron was incredible, and his Jerry Westian performance against the Warriors in the Finals (35.8 points, 13.3 rebounds and 8.8 assists) confirmed what we always knew: LeBron is the best player on the planet.

Why He Wins: He’s LeBron James.

Why He Won’t: James is the best player in the world, and so long as that’s the case, he’s a frontrunner for MVP. However, he plays on a Cavaliers team equipped with two All-Stars and many serviceable veterans. LeBron has represented the Eastern Conference in the Finals the past five seasons, and with a dearth of high-end competition in the East, Cleveland is expected to make it six straight.

Voters are going to have a difficult time rewarding LeBron considering how stacked the deck is in his favor. It’s more impressive what Curry and Harden did over roughly 82 games in the West than what LeBron did over 69 games for Cleveland. Unless James truly reaches back in time and pulls out an historic season, it’s unlikely James will “do more” than his rivals in the West.

Oh, and Durant is an unrestricted free agent next summer. So there’s that.

Why He Wins: If Durant returns healthy and sets a new career-high in scoring, OKC could finish as low as fifth in the West and he’d still have a chance. A return to All-Star Durant form and the Thunder pushing down the Warriors’ door for best team in the NBA would also do the trick.

Why He Won’t: The odds that (a) Durant is 100 percent healthy for the entire season, (b) the Thunder ascend to the top of the West under first year coach Billy Donovan, and (c) Westbrook seamlessly hands the reigns back to Durant after leading the NBA in scoring a year ago is quite the wager. There will be some weeks that are bumpier than others for Oklahoma City. Durant’s focused on securing his first championship, and compromising his physical health — or his on-the-court relationship with Westbrook — to chase a trophy is not on the table. 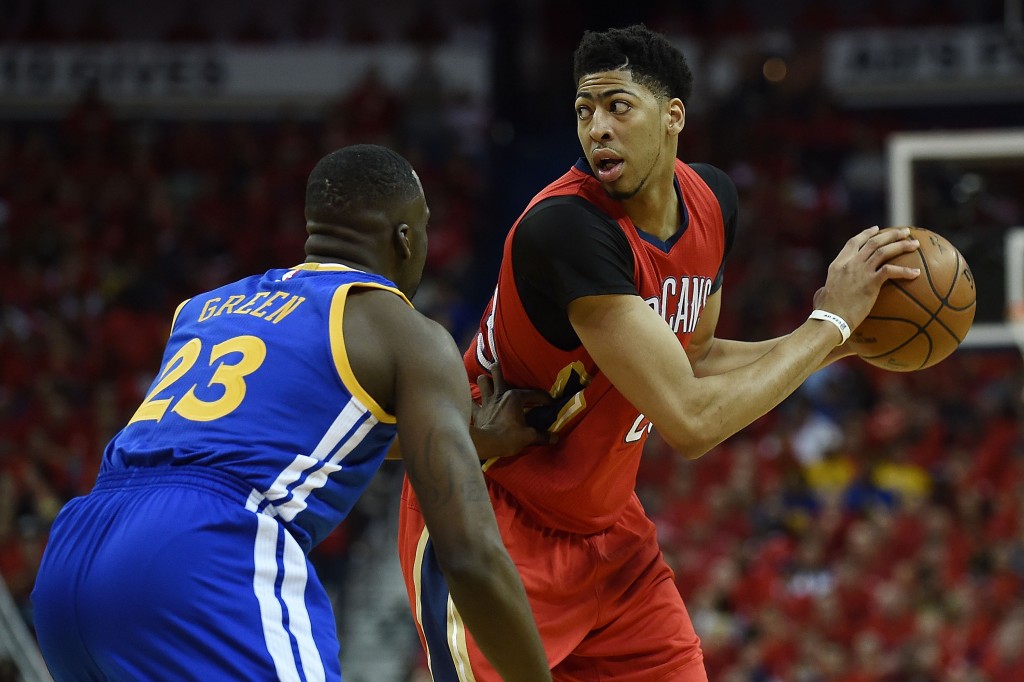 Davis was 21-year-old last season when he posted a 30.89 PER. That’s the 11th highest single-season PER ever. Only Michael Jordan, Wilt Chamberlain and LeBron James have ever done that. What? WHAT?!!

Why He Wins: Putting up historical numbers is a surefire way to get your hat in the ring. Another 25-10-3 state line would be nice, but if Davis flirts with his first 30 point season and adds a more centered defensive effort, the award could quickly become his to lose.

Why He Won’t: The Pelicans squeaked into the playoffs and were swept by the Warriors last season. For some, winning is a prerequisite for taking home the MVP award. But how much winning? And how much better can New Orleans be in 2015-’16 by simply being healthier and by bringing in head coach Alvin Gentry?

The Pelicans aren’t competing for a title yet. Enough voters will abstain from giving Davis their first place vote until that changes to keep Davis out of the money. How close the Pelicans get to contention in year one under Gentry could change a significant number of voters’ minds, however, and Davis could also benefit from players like Curry, Harden and James getting extra rest throughout the season. 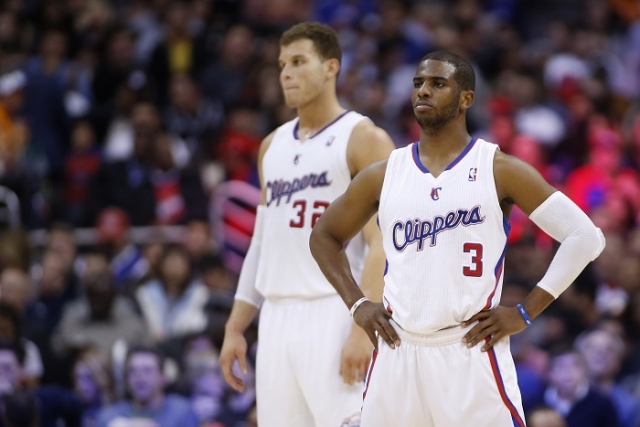 The Facts: Paul has finished Top 5 in MVP voting four times. Griffin finished 3rd in MVP voting in 2013-’14. These perennial All-Stars have manned the top offense in the NBA each of the past two years — although, ironically, Paul and Griffin have missed significant time, respectively, in either season.

Why They Might Win: With the desperate addition of depth this summer, the Clippers have positioned themselves to make their strongest push yet at a championship. Doc Rivers cannot let Paul and Griffin burn themselves out chasing the postseason in March, and with extra rest throughout the season, both stars should find their best basketball later in the year.

An added bonus for them, however, could be playing at a higher efficiency over the duration of the season. As it is, Paul is arguably the best midrange jump shooter in the game, and a double-double machine; Griffin is among the game’s greatest playmakers and can post 20, 10 and five assists on any given night. If the Clippers run away with the top ranked offense title for a third season, it’s not out of the realm of possibility that one of these guys — if not both — earns significant MVP merit.

Why They Won’t: The trouble is easy to spot: Only one player wins MVP, and Paul and Griffin can’t both win. The past two seasons, Paul and Griffin has spent time as a legitimate candidate while the other was injured. But that’s the caveat — their successes have become so symbiotic that they cannot truly compete without the other. Neither player will win this award while they are teammates.

The Facts: Over 67 games last season, Westbrook averaged 28.1 points, 7.3 rebounds, 8.6 assists and 2.1 steals. Those are numbers the NBA hasn’t seen strung together since Oscar Robertson. However, just like in some of the Big O’s finest seasons, Westbrook couldn’t lift his scraped and bruised Thunder into the playoffs.

Why He Wins: Westbrook had a moment last spring where a minority group felt like a damn near consensus MVP pick, and the hoots and hollers from that group got louder and louder as he piled triple-doubles and 40-point games. If Westbrook could find a way to recreate his production with Durant on the floor, he could absolutely push for the award — and the Thunder would be damn near unstoppable in the process.

Why He Won’t: Last season revealed something about Westbrook that was beautiful and disturbing at the same time. He’s willing to go as hard as he can to try and will his team to victory, at times to the absolute detriment of the team. Without Durant to balance the floor, Westbrook sometimes more closely resembled a running back than a point guard — he’d put his head down and barrel forward into the defense.

I’m not sure the Thunder, as currently constructed, can win without Durant. Knowing that makes it difficult to imagine a scenario where Oklahoma City could be a great enough team to yield a MVP, and for that player to be anybody besides Durant. Westbrook might be the more important player in the long run for the Thunder, but the wins will always belong to Durant, just as the losses will fall squarely on him.