Barring injury-related calamity, the top seven seeds in the Western Conference are currently occupied. Back into the postseason go the Thunder, likely swapping out with the fresh faced Blazers. With the Mavericks facing a myriad of question marks regarding age and a general lack of defensive skill, their tumble out of the mix could open an eighth spot.

It’s their defense — tops in the NBA after the All-Star break — that makes the Jazz a trendy pick to ascend into the playoff picture. However, Utah was dealt a blow this summer when Dante Exum tore his ACL playing international basketball for his native Australia. 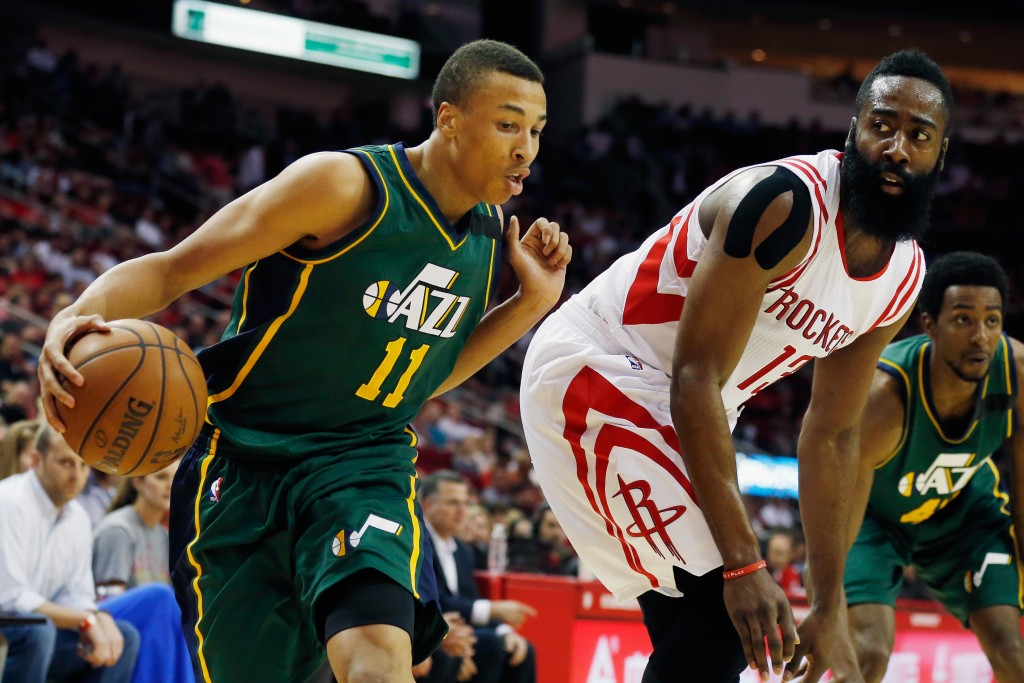 You can analyze Exum’s rookie season in two fashions. On the one hand, he only averaged 4.8 points, 2.4 assists and 1.6 rebounds. He was mediocre shooting from deep, horrible from the field and the charity stripe, and played only 22.2 minutes per game.

On the other hand, everything about Exum and his performance can appropriately be framed as a “work in progress.” He’s 20 (he was 19 last season). The No. 5 pick in the 2014 draft is all arms and legs — an athletic, smooth criminal defender whose 6-6 height leaves him towering over other point guards.

Exum eventually supplanted 2013 lottery pick Trey Burke in the starting lineup, and the Jazz posted a 19-10 record following the All-Star break — the sixth-best record in the NBA. Playing Exum means pushing him through growing pains and ugly stretches, particularly on offense. In the mean time, his tools as a defender made him an integral part of the game’s best second-half defense — Exum has the ability to become whatever kind of player he wants. 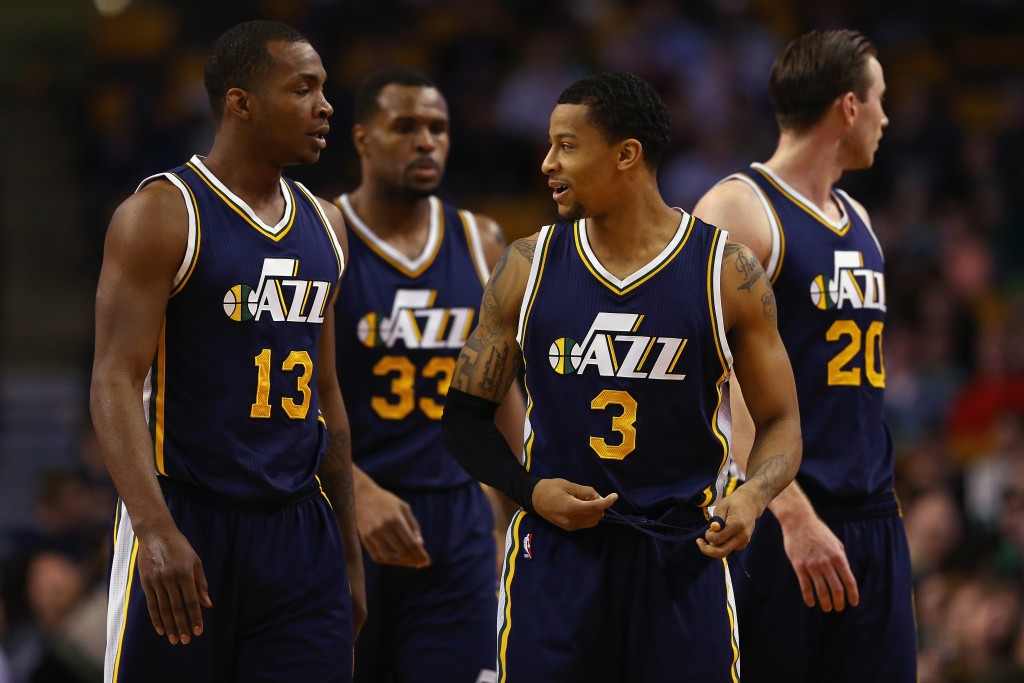 With Exum likely out for the season, Utah once again lists Burke as its starting point guard. The former No. 9 pick has started 111 of his 146 career games, but Burke took a step back last season, losing his job by failing to get others involved. His assist percentage fell from 28.0 to 24.5, per NBA.com, and he dished out 4.3 assists in 30.1 minutes per game.

Burke’s shooting percentages plummeted across the board, namely at the line where his free throw percentage dropped 15 points. He’s not a rebounder or heady defender, and Utah surrendered nearly 111 points per 100 possessions — very, very bad — when he was on the floor.

Some of the less flattering defensive data should chalked up to Utah’s Enes Kanter problem from earlier in the season. Lineups manned by Burke improved tenfold with Rudy Gobert having his back:

Trey Burke defensive rating with Enes Kanter was 110.1. With Rudy Gobert was 99.7. Lots of Trey bad defense was who he was with

I’m not going out on a limb when I say this is a make or break season for Burke, who has been provided ample opportunities to stimulate an above average, at best, Jazz offense. Burke can’t shoot 31 percent form behind the line AND be a non-threat at getting to the rim AND be a weak link defender — he needs to tighten up the holes in his game. He’s only 22, and a step forward for the talented ex-Wolverine would go a long way toward an uptick in Utah’s offensive production.

After Burke, the remainder of Utah’s backcourt is unproven. Rodney Hood is a gunner with an awesome size for a 2-guard. Raul Neto comes from the Spanish ACB league and could be a nice backup 1. Bryce Cotton is exciting, and he made 35 percent of his 3s last season.

An unconventional way of circumventing the point guard position would be letting Alec Burks and Gordon Hayward, the team’s top playmakers, handle the ball-handling duties. Only 28.8 percent of Hayward’s usage last year was as the ball-handler in the pick-and-roll. An uptick in Hayward/Favors and Hayward/Gobert actions could net a treasure chest of results.

Hayward was second on the team with a 21.1 assist percentage, and the Jazz had an offensive rating of 109.3 in the 596 minutes Hayward and Burks shared last season. Slide Hood onto the wing with Burks and Hayward and Quin Snyder suddenly has a whole lot of shooting on the floor around his bigs.

Exum is young enough where any long-term health concerns are preliminary. The Jazz are capable of making the playoffs this season and should regardless of this setback at point guard. It’s up to Burke, Burks and Hayward to lift this offense above the pedestrian unit it’s been in years past.