Okay, yesterday I forced myself to be boring. Now let’s get wild. Here are some ridiculous, uncensored (what?) visions for the Top 10 picks of the 2015 NBA Draft.

Towns makes five 3s in his first game. He averages 20 and 10 for a week. Then somebody whispers, “We’re the Timberwolves. Calm down,” in his ear. He stops taking shots from behind the arc, vowing to develop his post game. Others pass him by in the Rookie of the Year standings. Minnesota can’t buy a win. Guys get hurt. The doldrums of another bone-chilling winter in Minnesota take hold of the team.

Then, all of a sudden, it comes back to Towns in a dream. He approaches Andrew Wiggins about his vision. Towns opens up his shooting range again. Wiggins and Towns clamp down on defense. The veterans are behind them. Flip Saunders returns to the bench healthy. And Minnesota ends the year where Utah did a season ago: as the next up-and-coming team in the Western Conference.

Russell doesn’t know what he’s talking about. “I want you to hit me,” Kobe Bryant says. It’s a dark, December night on a Eastern Conference road trip. “Come on, before I lose my nerve.”

The rookie winds up and socks Bryant in the face. After a moment to admire the blow, Bryant punches Russell in the gut. The two fight in the abandoned parking lot for an hour.

He and Bryant start every game in the calendar year 2016. Russell leads all rookies in assists, steals, turnovers and 3-point percentage, and wins Rookie of the Year.

Okafor goes 0-for-10 in his first game. The Sam Hinkie truthers are incensed. “Why didn’t we take Mudiay?” “I knew Okafor was too slow.” “I hope Duke University is burnt to the ground.”

Okafor averages 19 points, 11 rebounds and 1.4 blocks the rest of the way. All is forgiven. 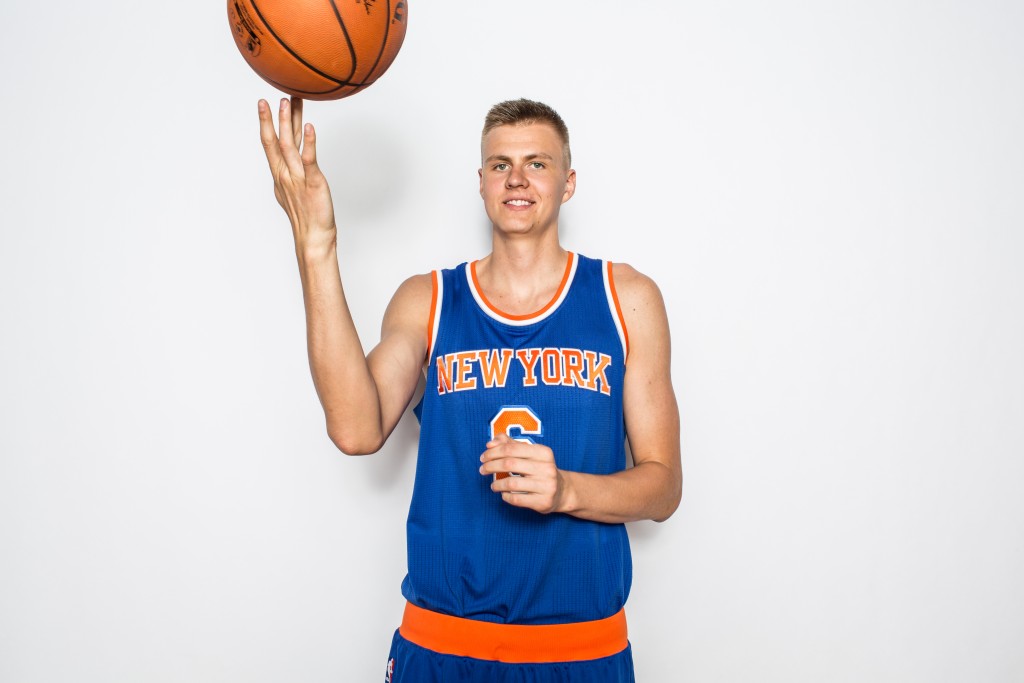 Porzingis trips over his own feet leaving the bench in game one. Phil Jackson whistles with his fingers in his mouth from the top of the Chase Bridge, and Derek Fisher pulls Porzingis from the game.

In game two, Porzingis makes sure to put one foot in front of the other. He screens for Jose Calderon, slides to the wing for a pick-and-pop 3 and clanks it.

Another whistle from the rafters, and Porzingis sits down.

The next time out, Porzingis nails the jumper. Coming back on defense, his opponent targets him, posts him up and draws an And-1.

Porzingis starts to jog to the bench out of habit. Then the high-pitched alarm sounds. Porzingis looks up and Jackson is shaking his head. The 19-year-old smiles and stays in the game. The free throw is missed and Porzingis snags the rebound.

“He’s learning,” Jackson mutters to nobody in particular. 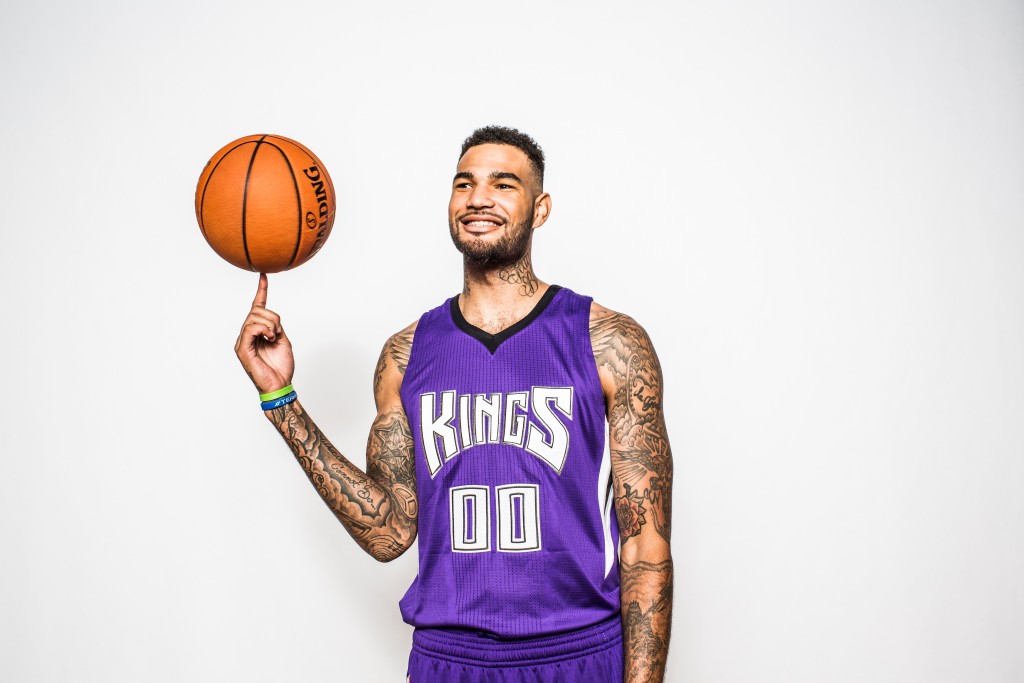 When Stein and DeMarcus Cousins share the floor, the Kings will post a Top 5 defensive efficiency, but the offense just won’t be there. Nobody in the organization understands why playing Rajon Rondo, Willie Cauley-Stein and Cousins at the same time is cramping the floor.

Each meeting, each shoot around, each postgame interview ways heavy on Stein’s conscience. He knows they can’t win with a meandering offense. What he can’t understand is why the Kings would draft him and subsequently spend their money the way they did. They surrounded a franchise center like Cousins with the worst shooting point guard in basketball and a bunch of big men? Why?

“Get me out of here,” he tells his agent. Sure enough, the Kings trade Stein for next to nothing in the summer of 2016, and Stein wins a Defensive Player of the Year award somewhere else before the age of 27.

Mudiay and Danilo Gallinari are basketball soulmates, Wilson Chandler has his best season in years, and Mike Malone rotates Josef Nurkic and Kenneth Faried at the 5 to form one of the bright young teams in the NBA. Jameer Nelson is the perfect mentor for Mudiay, and Gary Harris blossoms at the 2 with actual playing time. The Nuggets outperform expectations ala the 2013-’14 Phoenix Suns and nearly make the playoffs before gracefully bowing out.

And then Mudiay sees his totem spinning on the kitchen table.

Johnson averages a steady 12 points, six rebounds and 37 percent shooting from deep, but nobody pays attention because Detroit is playing barely .500 basketball. So Johnson takes the narrative into his own hands. On the final regular season matchup between Miami and Detroit, Johnson demands he guard Justice Winslow and mirror his minutes the entire game. Johnson shuts Winslow down, ruthlessly face guarding him the entire length of the court, and scores 21 points, including a game-winning dagger in Winslow’s mouth.

Frank the Tank supplants Cody Zeller early in the year as starting power forward. He and Al Jefferson develop an unexpected basketball chemistry — like the Triple-A version of Marc Gasol/Zach Randolph. Charlotte doesn’t play a lick of defense, but an uptick in points and shooting land them a playoff spot. Kaminsky convinces Jefferson and Nic Batum to stay, and Charlotte wins the No. 7 seed in the East four years in a row.

Winslow guards LeBron James in the Eastern Conference Finals. Through six back-and-forth games, Winslow holds his own against James. And then in Game 7, LeBron flips a switch and buries his former team with a 45 point explosion, including a graphic posterization of Winslow in the fourth quarter.

After the game, LeBron daps Winslow and tells him he has a bright future. Winslow takes that to heart — he watches the highlight of the dunk every day during the summer, and transforms into the Eastern Conference’s Kawhi Leonard.