Gone are the Indiana Pacers that fell to LeBron James and the Miami Heat three years running. Lance Stephenson was the first domino to fall, with the 8th Grader taking less years and less money to join Charlotte — a decision that quickly backfired on both Stephenson and the Hornets.

With Paul George out for the majority of the season, Frank Vogel’s club was fighting a winless battle all year. Once the league’s staunchest defense, the Pacers slid toward the middle of the pack without its full outfit. They continued to rebound, and Roy Hibbert was quite good at the rim, but the Pacers were punchless without George.

Both Hibbert and the Pacers were unceremonious when it came time to part ways this summer. Team President Larry Bird was frank to the media that Indiana would no longer play a brand of basketball conducive to Hibbert’s rigid skill set. He insinuated Hibbert could be demoted to a reserve role if he remained with the organization.

In June, Indiana drafted center Myles Turner out of Texas. Weeks later, it dealt Hibbert, who had picked up his player option days earlier, to the Lakers for a second round pick. Also moving on was David West, who declined his $12 million player option to take a minimum contract coming off the bench for San Antonio.

And with that, the fringe contender Bird had built to tango with the Big 3 in Miami was no more. 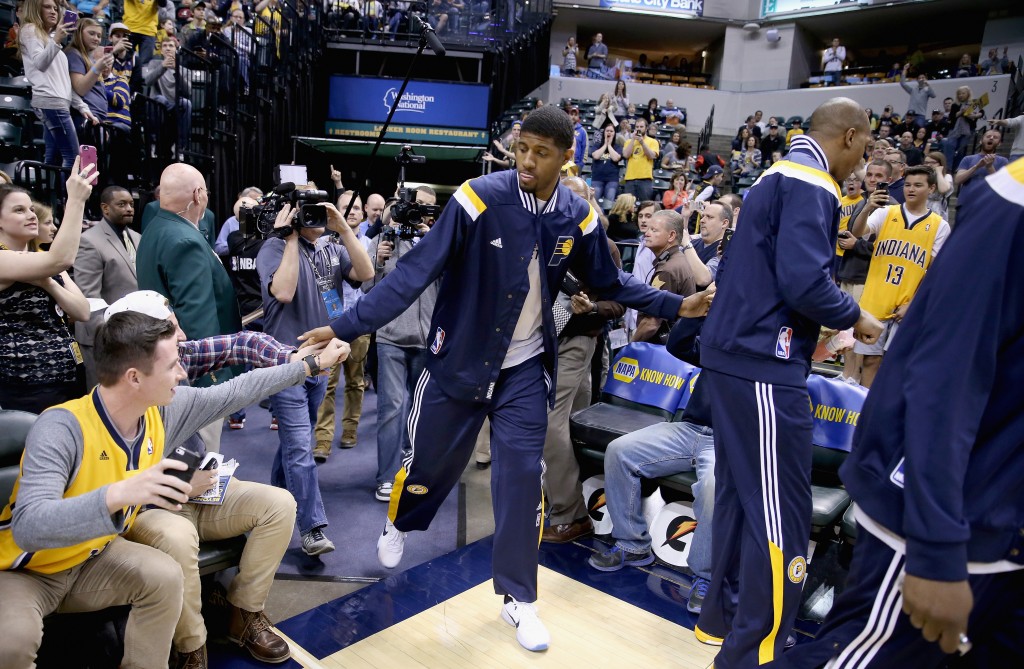 A 38-win season tied the hamstrung Pacers with the Nets for the eighth-best record in the Eastern Conference — a reminder that the competitive gap between East and West is just insulting.

Paul George returned for the final six games of the season in a transparent move to lift Indiana into the postseason, one that almost worked. Indiana won six of its final seven games despite George never exceeding 18 minutes, but Memphis took down Indiana in the Grindhouse, 95-83, on the final day of the regular season.

George became a household name the season prior, but 2013-’14 elevated the 6-9 swingman into a two-way star. Only 25, George is the foundational piece a small-market organization dreams of acquiring. If he’s back to 100 percent in 2015-’16, George is an All-Star and a difference-maker in the East; Indiana should expect a return to the playoffs.

Except nearly every other element of the roster has changed between now and the 2014 postseason. Indiana was a throwback team when equipped with Hibbert and West — interior bruisers at their respective positions, anchoring elite defensive units and, during the best of times, getting by on the offensive end.

Indiana’s frontcourt in the wake of Hibbert/West leaving is uninspiring. Ian Mahinmi is a career backup with an injury-riddled past. Jordan Hill has padded his stats playing for crappy Lakers teams the past two seasons, but he’s not a real starter at either big spot.

Lavoy Allen is a nice player, a capable rebounder and defender in limited time. In 17 minutes per game last season, the Pacers scored at an above-average rate with Allen on the floor, but starter’s minutes would expose Allen as a non-scoring threat. 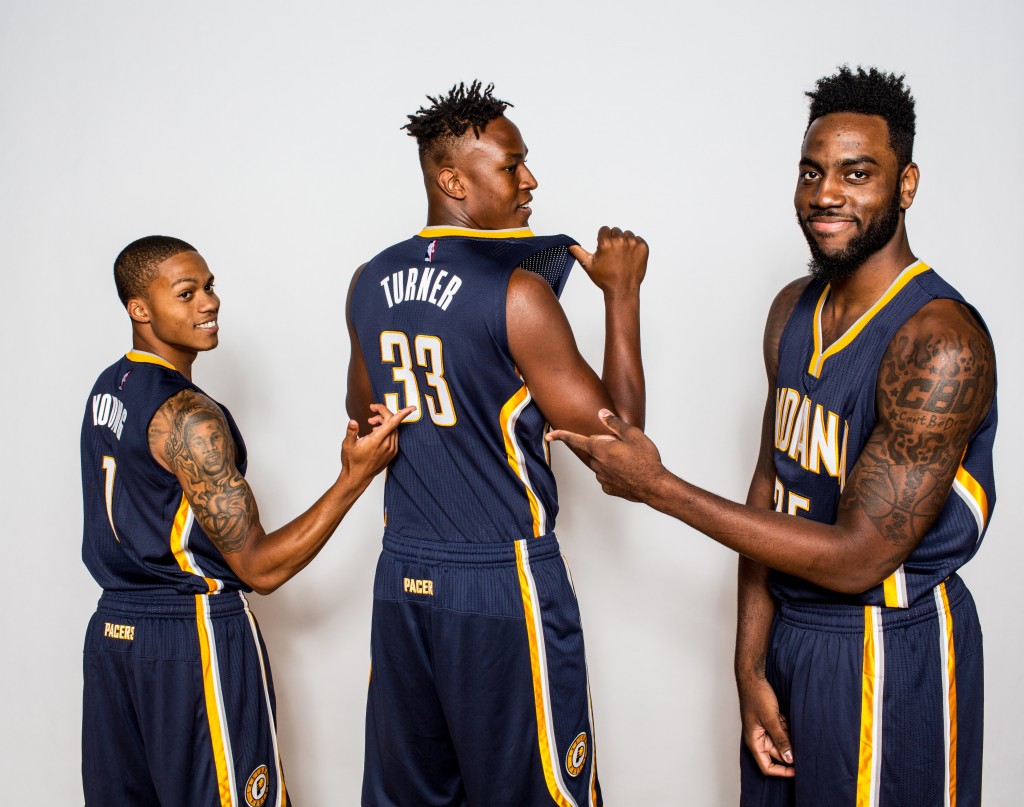 Turner arrived in Austin as a player expected to dominate both ends of the floor — a 6-11 shot-blocker with a great presence on defense, and a pick-and-popping 5 on offense. He flirted with this distinction but never owned it entirely. He blocked 2.6 shots per game, 20th-best in the nation, but only cleared 6.5 boards.

By investing its No. 11 pick in Turner, Indiana is accomplishing two things. The Pacers are taking a high-risk, high-reward flier on a kid with loads of potential, and in the process, it’s trolling Hibbert incessantly — there couldn’t be a more opposite center to Hibbert than Turner.

It’s easy to see the end game for Indiana. In Paul George, you have a perennial All-Star who can toggle between positions — perhaps even some super small power forward — and guard the other team’s best player. With Turner as the next foundational piece, you get rim protection and size without sacrificing any spacing offensively — so long as Vogel and his staff can fix his jumper.

Everything else about this team in the short- and long-term is up in the air, including how serious a playoff push in 2015-’16 can be. George Hill returns as starting point guard. The Pacers scored 107 points per 100 possessions, per NBA.com, in the 43 games Hill played last season, breathing life into unwatchable units sleep walking through a lost season.

Hill isn’t a top-end point guard in today’s game because he’s not a terribly creative player. He was best served as a game managing quarterback for the defense-intensive Pacers of years past.

Hill is a career 37 percent shooter from deep, and he’s most effective spotting up on the weakside around pick-and-roll actions. Indiana is pairing him with Monta Ellis, whom they got for a bargain barrel price this summer. Ellis is super qualified, for now, to run 2/4 screens with George and the other forwards, and Hill, C.J. Miles and Rodney Stuckey will all be more comfortable finding holes in the defense around those actions.

There is no combination of players I can see that could save Indiana from being one of the lousiest defensive teams in the NBA next season, full stop. George at full strength will help, and general health across the board could go a long way. The Pacers are small in the backcourt, thin in the frontcourt, and are losing a boatload of size and rebounding from a season ago.

The East is better than it was a year ago, and 38 wins will leave you square in the lottery. As I stated above, bringing back Paul George should net this team 8-10 wins and toss them back into the postseason. Dealing Hibbert for nothing of immediate importance and losing West despite giving him 11 million reasons to stay truncates their defensive potential. Where that leaves Indiana is anybody’s guess.