There is a player that the Cavs fans fell in love with, and that is Matthew Dellavedova, the Italian-Australian that has made a great impression in the Cleveland Cavaliers team during the NBA play-offs with his bruising and aggressive play. Dellavedova had a sensational game three in the finals, plus he was James’ right hand in defeating the Warriors.

The Cavs’ officials liked him so much that they decided to re-sign him for another year. The bargain is worth $1.5 million. This move came after other rivaling teams fell for Dellavedova’s capabilities, so the Cavs made sure that he stays with them. Judging from his jersey sales on NBA Store, Dellavedova is experiencing a meteoric rise. His jersey became the 14th biggest seller from April through June.

Matthew Dellavedova began playing basketball at the age of four in Australia, the land of kangaroos, rugby, cricket and gambling (some of the best gambling sites in the world are Australian sites, and here is an Australian guide for Aussie bettors and fans of Dellavedova). He comes from an athletic family where the father was an Australian rules football player, while his mother played netball. Even his sisters play basketball. His younger sister played for Long Beach State University.

However, his desire to play sports has kept him close to Australian rules football as well, which he played at the junior level. He has a record of kicking 32 goals in over two dozen games. Nevertheless, Matthew has always had a big desire to be professional basketball player. He played basketball throughout his entire college years and was a player for Bendigo Braves and Maryborough Blazers. 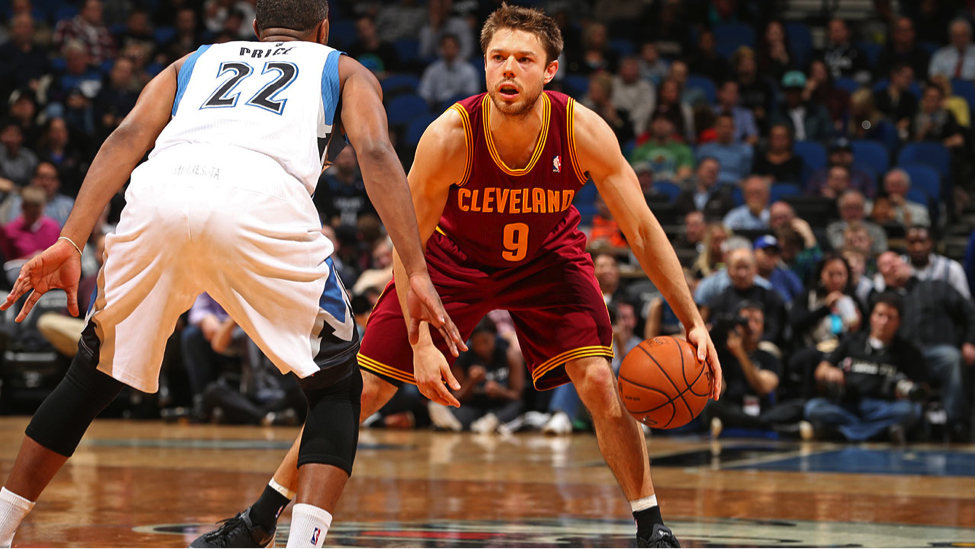 At the age of 17 he joined the Australian Institute of Sport (AIS) and spent 3 years while playing in the South East Australian Basketball League. He was even ranked as one of the top junior players in Australia.

In 2009/2010 he joined the Saint Mary’s College of California and averaged 12.1 points, 3.5 rebounds and 4.5 assists PPG. He even became Saint Mary’s all-time leader in three-point shots, free throw percentage, games played, assists and scoring. His jersey was retired and he became the second player of that college whose jersey was retired.

Matthew Dellavedova exhibits great basketball IQ and is very unselfish player, which is the main conviction why he was on the Cavs’ and several other teams’ wish lists. He seems to be more than talented enough to carry the offense at either of the guard spots. However, his defensive skills are not that great, although he puts some effort there as well.

His creativity really shines through and has a tremendous timing. His at his best in the pick and roll game and is capable of getting the ball to his teammates in whichever way he desires be it post-entries, chest pass, lob, bounce pass and everything in between.

He has his own unique pace at which he plays and does a terrific job. He makes his picks patiently and waits to see how the defense will react. After that he just gets the ball to where he wants it. He can be a reliable backup for the team and makes the opposing players focus on him while creating opportunities for his teammates.

Everything considered, Matthew Dellavedova is still a flawed player whose ceiling is relatively defined. At the moment he is terrible at defense, and if he lets his limitations overwhelm him he can easily opt himself out of the team’s rotation. In the end, he has to fight for his strengths to define him, and not his weaknesses.