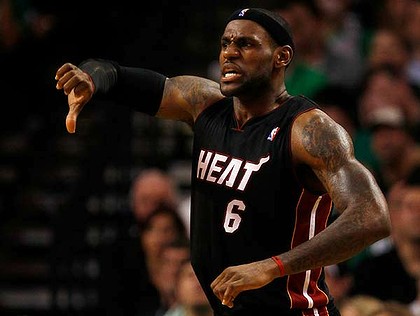 A stunning discovery was made by something or someone called Ipsos in a survey of America’s most popular and unpopular celebrities… 52% of people surveyed had an unfavorable opinion of Charlie Sheen! I know, I’m flabbergasted too!  What is wrong with these trolls?  Do they not know the power of the warlock??

A more mentally stable name also made the Top 10 Most Unpopular Celebrities list from the world of sports.  Miami’s Lebron James snuck into the upper echelon of disliked stars at #10 on the Ipsos list. Here’s the link and the list below…

At least LeBron has Tiger Woods though, so he’s not the most unpopular athlete in the country at least. And hey, with David Stern trying to erase the NBA from the planet, perhaps all the hatred towards LeBron will simmer out by the time a new professional basketball league is able to begin play in 2016.  By then, maybe Stern himself will fall on this list in-between Kanye and Britney.

Really though, is that list all that bad of a company to be in?  You’ve got two insanely rich reality television stars, Rick “Wild Thing” Vaughn, two of the biggest pop/rap stars of our generation, The Terminator, one of the richest men in the world, and well, crazy Mel Gibson.  OK, if I’m LeBron, I’m probably feeling a little bitter about that one.  Nonetheless, I don’t really think it’s that bad to be on that list… especially when you find out who the most popular person in America is at the moment… 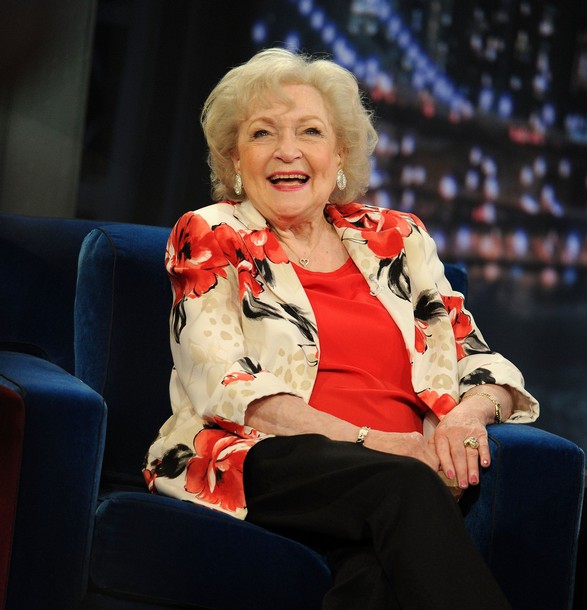 Yup, sassy 89 year old Betty White.  That is your most popular celebrity in 2011, America. Congratulations.  Well done.  Not only that, but she is also the most trustworthy AND the most marketable celebrity as well!  It’s a triple double of love!  Seriously, above anyone else walking the planet, somehow Betty White is the #1 person that will drive up your company’s business.  Not Bill Gates (#2).  Not Steve Jobs (#3).  Not even Morgan Freeman (#8).  I don’t want to sound discriminatory against the elderly, God bless Betty White for somehow staying nationally relevant over 70 years after her television career began… but this thing is a f*c&ing joke.  Was this survey taken at a nursing home?  A bingo hall?  Was Matlock not an applicable choice!?!  C’mon!!  Betty White!!  Now I know why this country is going where it is…

Anyways, back to LeBron.  At least he didn’t make the most distrusted list, headed up by Paris and Sheen and also featuring a cameo from Kobe Bryant (who evidently is liked well enough, just not trusted, as if there’s a difference).

At the moment, we’re a year plus after The Decision and a few months beyond the King’s choke job in the 2011 NBA Finals.  The NBA is fully out of people’s minds thanks to Darth Stern and yet the masses still dislike LeBron.  This is the world in which we will clearly live in for the foreseeable future.  At this point, it looks like very little is going to change that save for King James solving the national debt or saving a busload of orphans.  So where does LeBron go from here?

We saw hints of this throughout the 2010-2011 season, but LeBron should go all out and fully embrace his villain moniker.  Whenever he takes the court in that Heat uniform again, he should go ahead and own it that the world isn’t going to love him and use that as fuel.  He shouldn’t try to Tweet to win friends back or go play games with the media, or especially serve two masters with this Akron Heat business.  Embrace the hate, because it’s the only way LeBron will find success and it may even be his way back to popularity.

Many athletes have started out their career as a rising star and done something to make fans loathe them. But after a while, those athletes eventually earn the respect and admiration of fans.  Look to NASCAR and Dale Earnhardt, once hated and despised for his Intimidating tactics, he won fans over by being… The Intimidator!  Even athletes that have gotten into trouble with the law have seen a second chance in the public eye.  Ray Lewis is now revered for his heart and soul on the playing field.  Mike Vick has been lauded since his return to Philly.  If Mike Vick of all people can win back fans, surely LBJ should be able to as well.  The NBA has also seen its fair share of stars go through career transformations as players grow older and draw more respect from fans.

LeBron needs to return and go into all-out heel mode after the lockout ends.  Grab some folding chairs and rake some eyes if he has to.  LBJ can’t play nice and play hot potato with the ball when the moment gets too big.  He needs to throw out a WOOO!!! every now and then and believe he is the man.  Win championships instead of winning fans.  If James can face his critics, find success, and stick around long enough (without cheating on his significant other or retiring nine times), he’ll be loved in the end anyways.  If LeBron’s lucky, he may even star in a Snickers commercial with Abe Vigdoa.