If you thought NBA 2K11 was one of the best basketball sims ever like i did, 2K Sports is upping the ante even more for the much-anticipated release of NBA 2K12 on October 4. 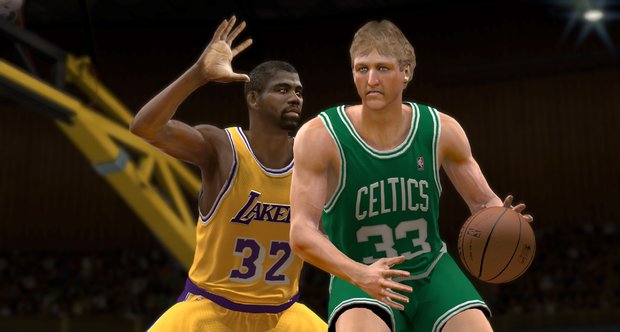 While I loved the Jordan challenges and old school teams in last year’s game, I had two things on my wish list for this year’s games that look like they are going to be checked off.

In addition to shooting Michael Jordan’s fadeaway, you can now bring back the skyhook with Kareem Abdul-Jabbar and execute the Stockton to Malone pick-and-roll.

While several players did not make the legends list, each of the 15 legends’ teams will be playing a rival team with some players that could be seen as snubs.

Another improvement will be full teams. Last year, for most of legends’ teams, only the starting five or at the most 6 players were included with the rest of the roster being made up of replacements that were placed on several teams.

As a Spurs fan, I’m secretly hoping to find one of the 90s Spurs teams on 2K share so I can exact some revenge on Olajuwon for his dominance over David Robinson in the 1995 Western Conference Finals.