With the NBA Draft less than a week away, draft and trade rumors are running rampant. 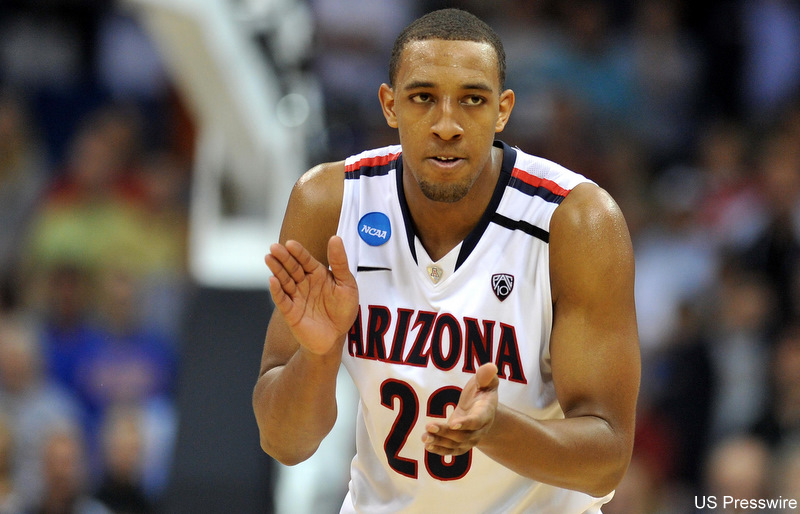 The only thing anyone knows at this point is that Kyrie Irving will likely go first to the Cleveland Cavaliers.

That would leave Arizona’s Derrick Williams going second to the Minnesota Timberwolves, right?

ESPN’s Chad Ford says the Timberwolves are playing the part in making everyone think they will keep the pick, but they’ve got much more going on behind the scenes.

“(They’re) hoping a trade comes along,” Ford said in his SportsNation chat yesterday. “They’ve been playing it cool. Not initiating any trade talk. Keeping up the public face that they’re keeping the pick. But I think they’ll move it if they get the right pieces. They have a lot of interest in the Lakers’ Pau Gasol. Also might bite if Wizards offer JaVale McGee. They want long, athletic players to run the floor with Rubio.”

While pairing Gasol with Kevin Love in the Wolves frontcourt would be a dream for David Kahn, in reality, that’s likely all it will ever be. The Wolves would have to be willing to part with more than the second pick to get Gasol out of Hollywood.

The trade for McGee is the more feasible option, but the Wizards front office has high hopes for McGee.

The Wizards also have no intentions of trading him, according to Michael Lee of the Washington Post.

The Minnesota Timberwolves may want JaVale McGee in any swap for the No. 2 overall pick, but the Wizards have no interest in moving the incredibly athletic, 7-foot-1 center, according to two sources with knowledge of the team’s thinking.

The Wizards may have interest in moving up to getting a desired player, but this draft — with so many question marks from top to bottom — isn’t the one that would convince the team to sacrifice McGee, a player that it has spent the past three years developing into a serviceable center in a league that is experiencing a dearth in talent at that position.

Jonathon Givony of Draft Express also recently said that the Timberwolves would also want to swap picks, getting Washington’s sixth pick along with McGee. With McGee averaging career highs in scoring and rebounding last season and with the potential the Wizards see in him, the Timberwolves will have to step up their offers if they want to move that second pick.