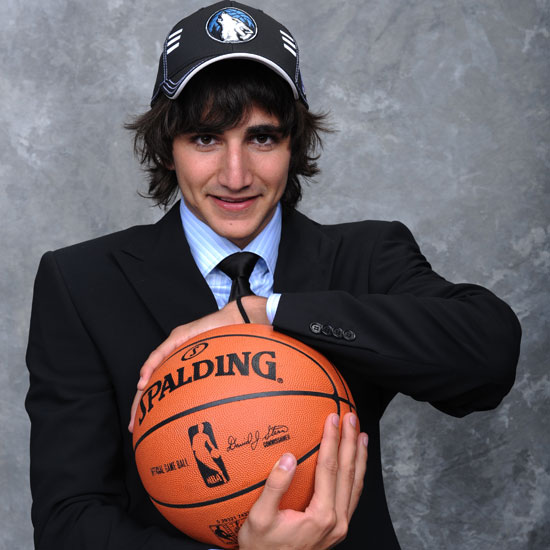 In 2009, the Minnesota Timberwolves drafted their 29th point guard (give or take a few) by selecting Ricky Rubio from Spain.

At that point, Ricky was an international sensation who drew comparisons to Pistol Pete with is wild style and flashy passing.

Since then, Ricky’s production hasn’t exactly been great.  So his initial reservations about leaving beautiful, sunny, warm Spain to play in… well… not-so-warm Minnesota may be tempering a bit.

According to sources the Timberwolves are as optimistic as they’ve ever been that Rubio will be joining them for the 2011-2012 season. Signing Rubio this offseason has been Timberwolves President of Basketball Operations David Kahn’s plan for over a year and he’s on the verge of seeing it through. Nothing is signed or finalized yet, but it should be in the coming weeks.

Funny what averaging 6 points, 3 assists and 3 rebounds can do for your leverage.  Suddenly it’s not so easy to force a trade or think you’ll make more money by holding out and re-entering the draft down the road.

I’m not so sure he’d be the 5th pick in the draft again.  So he might as well get in there at the 5th pick rookie wage scale and get his money while he can.  Because he’s either going to come to the NBA and play well because the less-physical rules will allow him to flourish… or he’s going to be stealing a few million dollars from the T-Wolves because he’s not as good as they thought.  Either way, it’s better to get in there now while you’re young so you can deal with the aftermath at a young age.  He’ll probably always have a job in Spain… so if he sucks in the NBA… he can take his millions and run back home.

Meanwhile, David Kahn still has Jonny Flynn and  Luke Ridnour on the roster.  If this Ricky news is accurate, then someone is getting one of those guys in a trade.  Ridnour’s under contract for three more years, so Flynn’s probably the guy to go.  Flynn was a second-team all-rookie selection a couple of years ago, but he took a huge step back this past season.

That means Minnesota will be dealing an underachieving point guard because they have a glut of 1’s on the roster.  You tell me which team will give a team dealing from such a position of weakness anything but a bag of balls for Flynn?

You are witnessing Kahn’s brilliance at work kids.  Bask in it.  Soak it up.  Breathe it in.  Unless you’re a T-Wolves fan.  Than look away.  For your own good… please… avert your eyes.