So I guess last night was “assault someone night” for NBA players taking part in summer leagues.

Within a couple of hours of each other, Michael Beasley pushed a fan in the face, and Matt Barnes punched a guy.  Here’s the photo from that link: 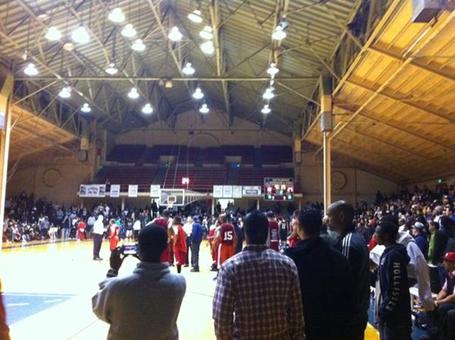 The pieced together story is Barnes punched an opposing player during a game.  So unlike Beasley, he kept his rage focused to someone on the court.  Unfortunately, it doesn’t look like anyone caught anything on their camera phones or video cameras until after it was over.  Here’s the best video I can find so far: