You want to know who really pulls the strings in the NBA?

As much as David Stern would like to think its him, it’s not.  It’s the TV executives.  It’s the people behind the mega-huge TV contracts that line everyone’s pockets in the NBA.  And those people will not be happy if the NBA lockout wipes out a season.  Because those people stand to lose more than a BILLION dollars.

ESPN/ABC Sports and TNT stand to lose as much as $1.25 billion in ad sales revenue if the labor dispute negates the entire 2011-12 NBA campaign. Indeed, the NBA audience has become so valuable that the postseason inventory alone accounts for nearly a fifth of the full-season take.

According to Kantar Media, ESPN/ABC and TNT took in $417.7 million in total ad sales revenue over the course of the 2010 NBA playoffs and finals. The going rate for a 30-second spot in the Celtics-Lakers series: $402,000 a pop. 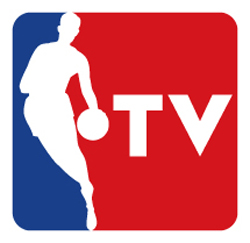 Still think losing a season is worth it, owners?

That’s a lot of TV money to leave on the table.  And when that much money on the line, all the hard-line talk from players and owners may be more negotiation and posturing than actual threat.  And that doesn’t take into account how much money sponsors will want to recoup in a lockout.  There is a lot of talk about owners holding out so they don’t have to pay certain salaries this coming season, but these guys are also losing out on tons of revenue by not getting money from their “official bank” or “official wireless provider” or “official car dealer”.

Are these guys really willing to risk not only a billion dollars or more this season, but a decline in ratings severe enough to cut into the next TV deal?  We all know money talks.  And this much money yells.  It’ll be hard for owners to sit there and watch as this much revenue sits uncollected.